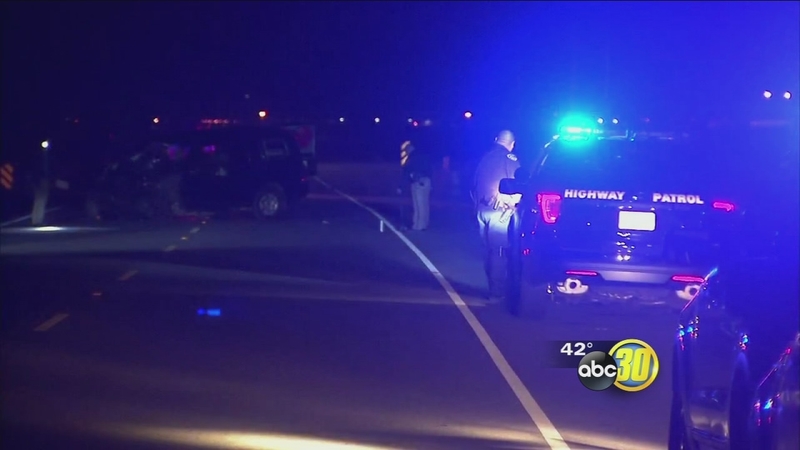 FRESNO, Calif. (KFSN) -- A man died Sunday night after an alleged drunk driver veered into the oncoming lane and crashed head-on into another car, the California Highway Patrol said.

They said the crash happened when the suspect crossed the median on Highway 180 and San Benito Avenue, just east of Mendota, around 8:30 p.m. The suspect fled the scene but was later arrested for vehicular manslaughter.

The CHP said a 60-year-old man died, and two other people were transported to Community Regional Medical Center.

Authorities said alcohol was involved and that Highway 180 remains closed in the area while officers investigate what happened.