Man fights off bear near Yosemite in Midpines, drives himself to hospital

Watch the video for extended coverage from Action News reporter Gene Haagenson
KFSN
FRESNO, Calif. (KFSN) -- A 66-year-old man was attacked by a bear Thursday, but he fought off the animal and lived to tell an incredible tale.

The incident occurred around 4 a.m. at a home on Colorado Road near Highway 140 in Midpines. The California Department of Fish and Wildlife said they believe the bear was rummaging through Larry Yepez's trash when he stepped out of his house in the early morning hours while it was still dark.

Yepez was able to fight off the 200-pound black bear and made it back into his home.

"I put my feet underneath his belly and kicked him, and the bear flipped backwards, but then he jumped back up," Yepez said. "I was doing everything I could to try to get him off of me."

Yepez says his tiny Yorkshire Terrier was nipping at the bear and distracted the animal long enough so he could get away.

Covered in blood, Yepez then drove himself to the hospital. He sustained lacerations and puncture wounds to his face, legs, arms, abdomen, hands and feet, according to the California Department of Fish and Wildlife. He has received his first round of rabies and antibiotic treatments. He was allowed to return home after just a few hours at the hospital.

Yepez is a former Marine and a combat veteran of Vietnam. He said he has fought for his life before, but he didn't expect to on his porch with a bear.

The Mariposa County Sheriff's Office and the California Department of Fish and Wildlife are warning residents in the area to be aware of their surroundings, keep an eye on children and pets. California Department of Fish and Wildlife wardens are in the area actively searching for the bear. They said if anyone encounters a bear, do not approach and call 911 immediately.

Bears have been a problem in the area for the past several weeks. Neighbors have reported their trash cans knocked over but this is the first attack on a person. 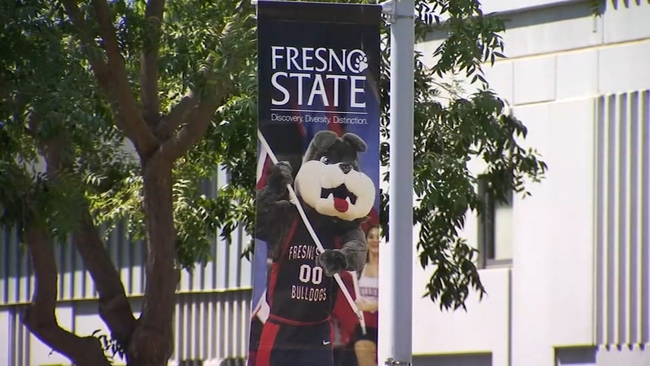