Man killed after driving car into pole in Southwest Fresno 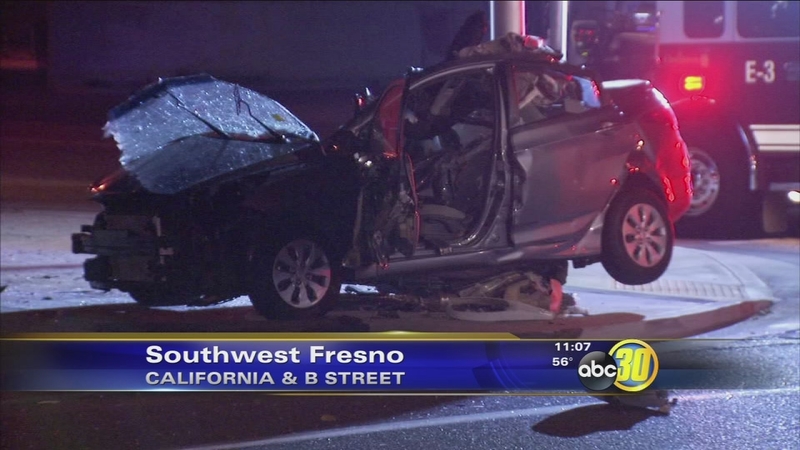 FRESNO, Calif. -- A man is dead, after crashing a car into a light pole in Southwest Fresno.

The accident happened around 1 a.m. Friday at California and B Street. Witnesses say the man was speeding with his headlights off, when he crashed the gray Hyundai into the pole.