Man killed in hit and run in Merced County 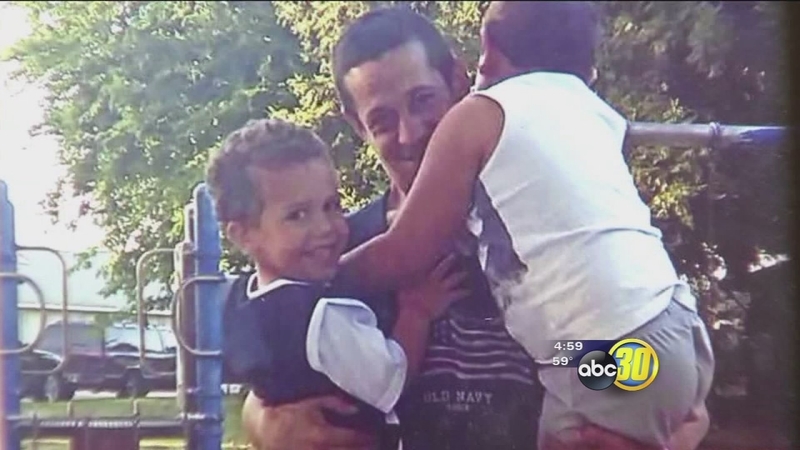 Man killed in hit and run in Merced County

MERCED, Calif. (KFSN) -- Shaun Baum was struck by a car Monday while walking to a friend's house in Merced County.

Baum's girlfriend is devastated by his death, but she says she's not angry at the driver. Instead, she's focusing on her faith and family.

His two little boys were Baum's pride and joy. "He loved his children with everything that he had. He was hilarious. He had a great heart, and he had been through a lot in his life, and he just loved his family," said Brittany Wilkins, victim's girlfriend.

Wilkins said she first met Baum in pre-school. He later became her best friend and the love of her life. But, his life was cut short on Monday when a driver crashed into him on Ashby Road near Fern Street. The loss is too much for the couple's three and five-year-old sons to comprehend. "They don't understand, but we're a family of faith and both my boys know that a heaven is a great place, and they know their dad is happy," said Wilkins.

CHP officers say the road was dark and wet at the time of the crash, and the circumstances are unclear. The driver left the scene, but on Tuesday night, 30-year-old Sharan Jit Singh Kailey of Livingston surrendered. "He is cooperating with the CHP, and this investigation is ongoing," said Officer Moises Onsurez, CHP.

Kailey was booked into jail on hit and run charges but is now out on bail. Wilkins says she's thankful he came forward. "Even though this is unimaginable, I have no hard feelings toward the person whatsoever. I actually feel sorry for him because imagine how he must feel, you know?"

Wilkins says she is also incredibly thankful for the support she's received from the community.