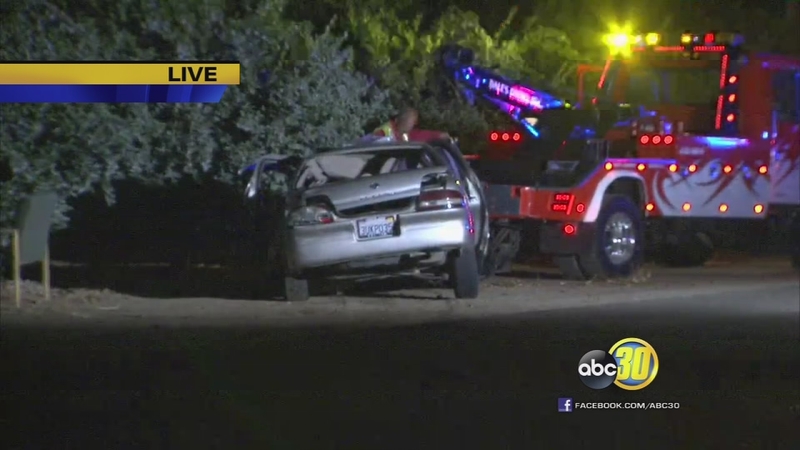 The crash was reported around 9 p.m. at Englehart and Dinuba avenues. The CHP says the driver of a truck, who was suspected of being drunk, ran a stop sign at the intersection and crashed into a four-door sedan.

Officers say the passenger in the truck, who was not wearing a seat belt, was ejected and died on the scene. He has only been identified as a 24-year-old man from Parlier.

There were four people in the car that was hit. All four, who range in age between 16 and 23, were taken to Community Regional Medical Center in Fresno. Two of them are in serious condition. The condition of the two other people is not known.

The driver of the truck was also transported to CRMC. He has been identified as a 30-year-old man from Parlier. Officers say once he is released from the hospital, he will be booked into jail.

Residents say this is a dangerous intersection. They say near-misses happen in the area all the time.