Man sentenced to life for drive by shooting death 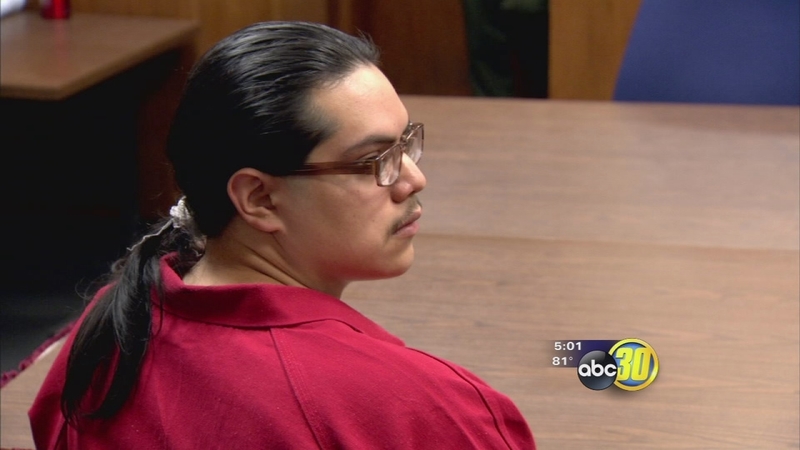 Man sentenced to life for drive by shooting death

Richard Melendez will be spending the rest of his life in prison for the drive-by shooting death of 18-year-old Brian Flores.

Brian Flores was three units away from getting his high school diploma. His mother said each day only brings darkness and his dad described losing a son and best friend.

Melendez never showed any remorse for the deadly drive by shooting on Ashlan and Marks, but for the first time Melendez looked at the victim's family members as they described the daily struggle to continue on with life.

"I died with him. Even though I have two other sons, my Brian was so different. We were so much alike in personality. Your honor, my son is crying out to you- you are his right hand, his voice," said Antonio Flores the victim's father.

A jury found Melendez guilty of first degree murder with special circumstances. Prosecutors say he resurrected bad blood last year when he left the Mardi Gras celebration in the Tower District. Prosecutors say Melendez spotted the passenger in Flores' car who once beat him up. They say he started barking at the victims car. FBI agents were able to track the suspects phone, from then until the deadly confrontation.

"The way it was presented to the jury was if you track the direction that the victims were traveling in their vehicle, the defendants cell phone was connecting to towers along that same route," explained Sam Dalesandro, Deputy District Attorney.

The defendant never took the stand or cooperated with the police investigation. He also refused to say who he was with that night. "Nonetheless, his hollow reference now, to an unnamed alibi witness is quite simply that, hollow," Honorable Edward Sarkisian, Fresno County Superior Court.

The victim's mother told the court, detectives gave her the name of the shooter right before Brian was taken off life support. So she told him who it was in her final words to him. "At that time, his body started shutting down. Even when the breathing tubes were removed, Brian was breathing on his own for several hours. He didn't want to leave.," said Audrey Flores the victim's mother.

The actual sentence was 123 years to life in prison. Three members of the Melendez family did speak and said he was not the man behind the murder.
Related topics:
fresnotrialsentencingfresnoman killedman shotdrive by shooting
Copyright © 2021 KFSN-TV. All Rights Reserved.
FRESNO