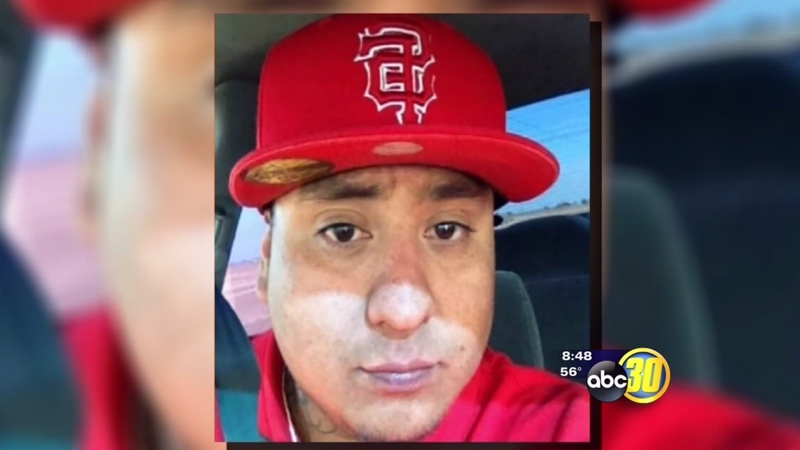 VISALIA, Calif. (KFSN) -- A man is dead after being hit by a Visalia police car early Saturday morning.

The crash happened near Santa Fe Street and Grove Avenue around 1:30 a.m. The pedestrian later died from his injuries at Kaweah Delta Medical Center.

Family members say Rodrigo Cabral, 27, was celebrating Halloween early Saturday morning in Visalia. He was in the middle of the road, according to police, when he was struck by a police car.

"We had a Visalia police officer, as he was traveling down the roadway, he came upon a pedestrian who was in the roadway, tried to swerve and avoid him but could not and ended up striking the pedestrian," said Visalia Police Sgt. Damon Maurice.

Maurice says he can't comment on whether the officer is on leave or if he's still on duty, but says the California Highway Patrol is handling the investigation.

Cabral's older brother, Alfredo Conchas, says his family is angry because of the way they got the devastating news.

"If he was killed by an officer they should have just been honest with us and let us know from the get-go. And I shouldn't have found out about this through email," said Conchas.

He tells Action News the family got word early Saturday morning from Avenal police that Cabral was dead. Initially he says Avenal PD told his family Cabral was killed in a car accident. That information later changed when they spoke to CHP investigators, who said that someone hit Cabral with their car. Then finally they learned hours later he was struck and killed by a Visalia police officer, when they saw an online news article.

When we spoke with the different agencies involved in this case, including the CHP, Avenal PD and Visalia PD, they told us there was no intention for information to be withheld from the family. Each agency is simply doing their part in the investigation to get more answers regarding the accident.

The coroner's office from the Tulare County Sheriff's Department is conducting the autopsy in this case. Once that is complete it will hopefully provide more answers in this investigation.

Cabral's family has set up a GoFundMe page to help with funeral costs. If you would like to make a donation, visit www.gofundme.com/gofjss.