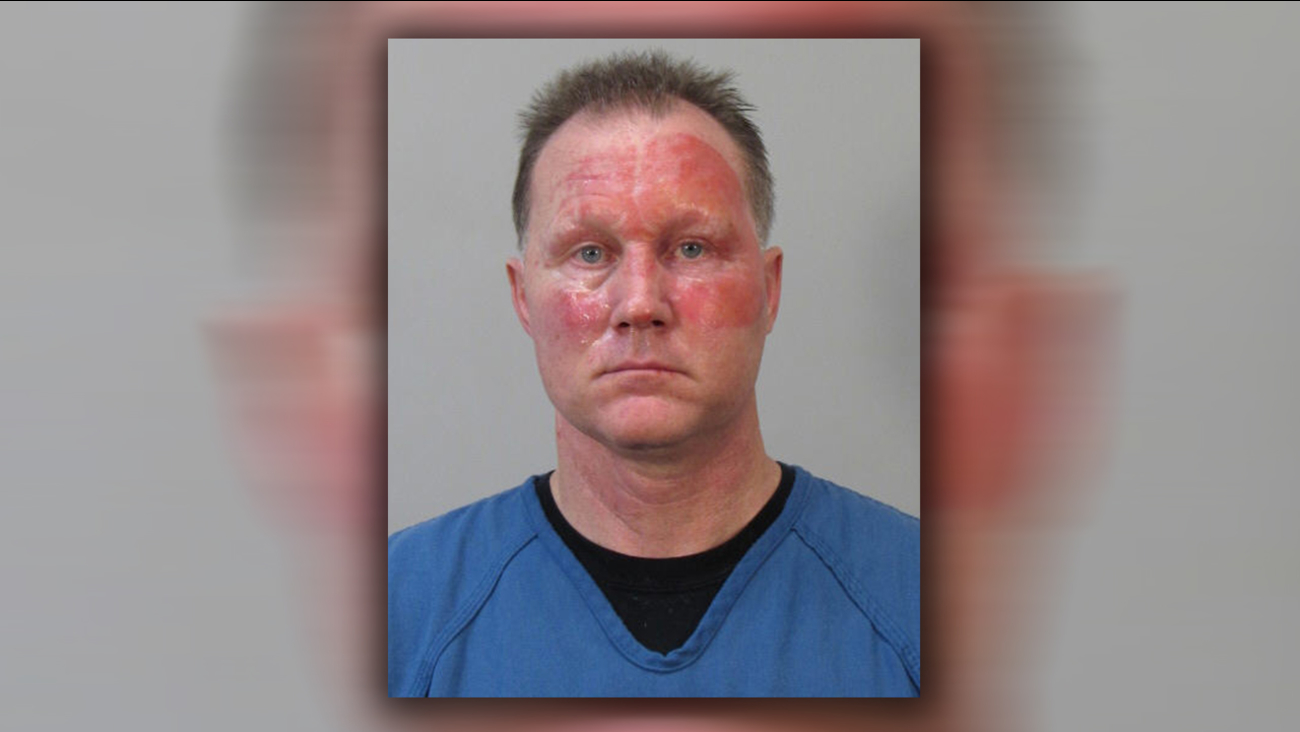 Russell Speigle, 50, was arrested and charged with arson after authorities noticed he had burns all over his face

The Wisconsin Department of Corrections rented a home in a Madison suburb for convicted sex offender Harold Nyberg last year. Officials say keeping Nyberg under supervised release in the house would only cost $75,000 a year. Keeping him in prison would cost $150,000.

Nyberg was convicted of two counts of second degree sexual assault of a child in 1994.

The community didn't want him nearby. One of those angry residents was Russell Speigle, 50, spoke out loudly against the plan, even going on TV news to protest the idea.

Before Nyberg could move in, the house rented by the corrections department caught fire. Authorities ruled the fire arson but did not charge anyone in the case.

The home was repaired, but before the sex offender could move, the house caught fire again.

Sheriff's Deputies caught someone on surveillance video this time and suspected Speigle was involved. When they found him the day after the fire, he had burns on his face. Speigle now faces arson charges.