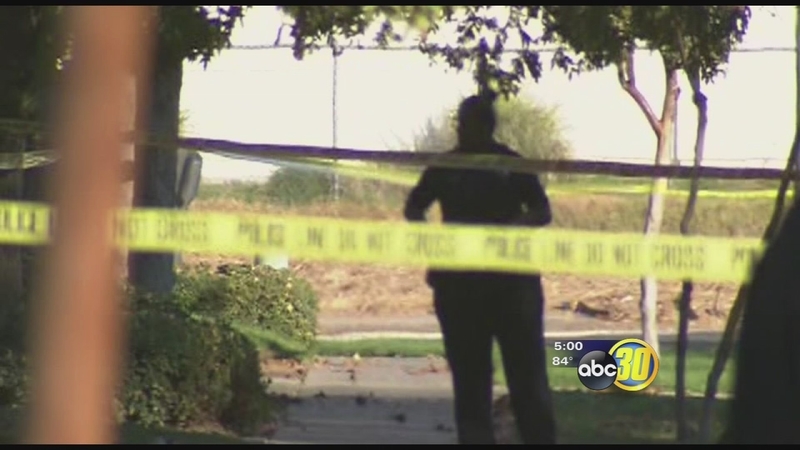 FRESNO, Calif. (KFSN) -- A massive and mostly secretive operation has taken down one of Fresno's most powerful gangs. More than 400 law enforcement officers served warrants Thursday in two states, but mostly here in the Central Valley.

Police chief Jerry Dyer says the southwest Fresno gang funded its violence with several leaders each banking more than $1.5 million a year from sex trafficking. The investigation to take them down started 15 months ago and at the time, he only let eight people know about it.

For a decade, Fresno police took a traditional approach to handling gangs in southwest Fresno: Occasional crackdowns to deal with outbursts of violence, and a focus on street crimes like drug sales. But it never got investigators to the head of one gang in particular. So 15 months ago, the approach changed.

"Today marks the culmination of the largest, most impactful gang operation in the history of the city of Fresno," Dyer said Thursday.

The chief says the gang had 200 members. Police arrested 29 of them Thursday on charges including racketeering and conspiracy to commit murder. Wiretaps revealed the leadership and also may have prevented violence. Dyer says they caught plans for five shootings, but police intercepted the shooters.

Prosecutors say the main crimes were financial: Prostitution, human trafficking, identity theft, and credit card fraud to the tune of more than $30,000 a week in profits for each of the leaders.

The leaders were living the high life, but not off the drug trade.

"Nearly $50,000 in cash was seized and 17 vehicles were seized, including a Bentley, a Range Rover, a BMW, a Lexus, a boat, a party bus," said U.S. attorney Kirk Sheriff.

Chief Dyer says the gang had enough money to be very influential -- buying violence and silence.

Even hotel clerks were in on it. Three of them were arrested for allegedly helping in the human trafficking operations, with victims being trafficked across the country.

But Dyer says this operation crippled the gang, at least financially.

"Operations similar to 'Dog Track' will become a wave of the future in eradicating gangs in the city of Fresno," he said.

Dyer says other gangs should take note of what happened here because they could be next.