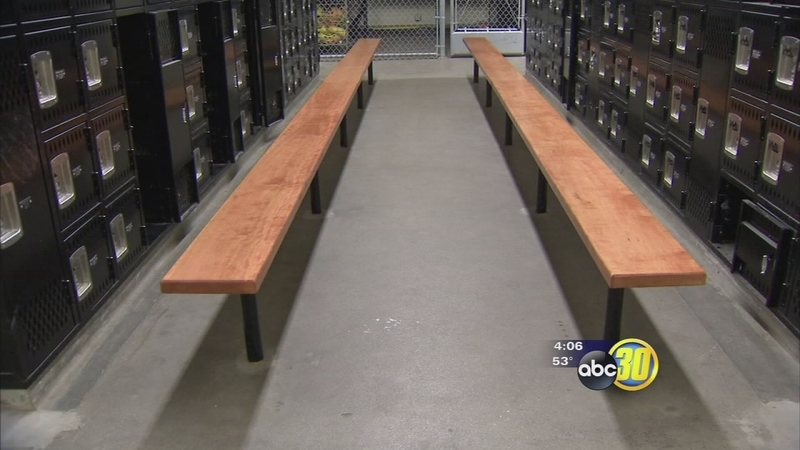 FRESNO, Calif. (KFSN) -- Some of McLane High School's football players are still hoping their valuables turn up after their locker room was broken into during a playoff game Friday night. The incident is the second theft students at McLane have had to deal with so far this year's.

McLane High's football team was excited for their big game in Selma last Friday when someone went into their locker room and stole phones, other electronics and a family heirloom.

The playoff game was one for the books and one that everyone in the McLane High School family was excited about, but halftime dealt a frustrating blow off the field. Principal Scott Lamm says, " I actually had one of our assistant coaches come tell me that someone had gotten into the locker room sometime during the first half of the game and we had many items from the students that had been taken."

Selma Police said during the second quarters of the game - a security guard noticed that the door to the team's locker room was open. He closed it not knowing a crime had already occurred. Officers said there was no damage to the locker room door so they don't believe someone broke in. The suspect took phones, cash, expensive headphones and something that Principal Lamm says no money can replace - a ring passed down through generations. Principal Lamm said, "They don't care about anything else. It's just the sentimental value of a grandfather's ring that crushed them, crushed the whole family for sentimental reasons."

The theft is the second one of the year for McLane athletics. Back in September, cheerleaders were crushed when their uniforms were stolen. Principal Lamm said the letdowns are serving as teaching moments for students to keep their heads held high and react respectfully during disappointments. Principal Lamm said, "While we can't be in control of the things that happen to us, we can be responsible for how we respond to that and so it's always a life lesson. It's not the first setback we've had this year and it will not be the last setback."

Selma Police said they received several leads over the weekend and continue to actively follow up on them.