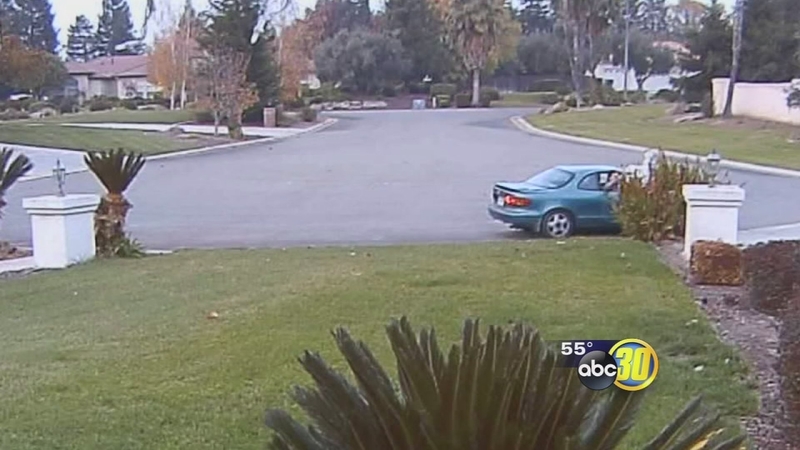 Outside a booby-trapped home in Merced 12 surveillance cameras peer from all angles, infrared lasers guard the door, and it was a sensor that caught two suspects messing with the wrong house.

"If you're gonna start stealing mail for houses, don't pull up to one that has all kinds of cameras moving, tracking you-- yeah, not too smart," said Alan W., mail theft victim.

Alan only wants to be identified by his first name. He is a software engineer and has a self-proclaimed obsession with security.

Alan was away on business Monday when his phone alerted him about an unauthorized access. His cameras zoomed in to this theft in process.

"Once I knew that they were taking mail out I called a couple neighbors, let them know what was going on."

One of the neighbors cornered the suspects in the cul-de-sac. Deputies said inside were Amy Challis and Jose Bonilla. They had made off with dozens of letters, cards, and packages.

"They were throwing piles of it out the window while they were driving and also after they had been stopped," said Alan.

Alan hopes his experience warns other families about mail thefts. Not everyone's system can be as sophisticated as his, but he said a few cameras with multiple megapixels, along with lighting at night, will help catch faces and license plates.

"No area is immune from being targeted."

Alan hasn't gotten his mail back, but he said he is relieved his surveillance stopped this operation from spreading further.