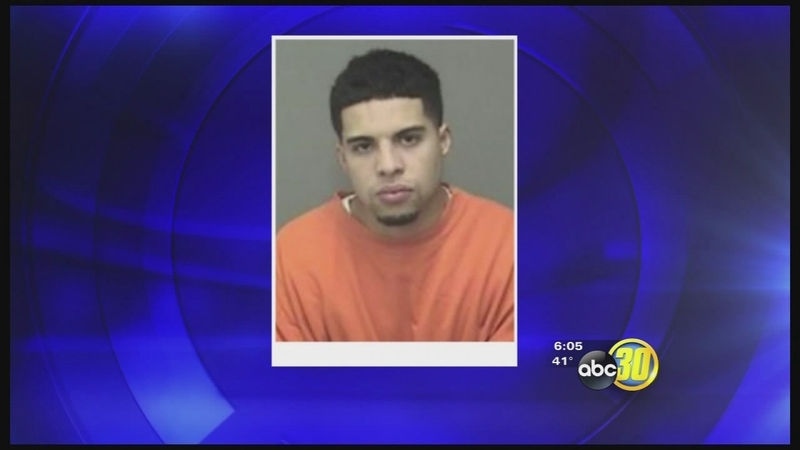 Authorities say they had the suspect booked on homicide charges because he was already on probation for a past DUI charge, and they say his blood alcohol level was nearly three times the legal limit when he came around a corner at more than 80 miles per hour.

Police gathered evidence near West avenue and V Street for hours where a 21-year-old man was thrown out of a car just after midnight. "We found out the highway patrol was exiting southbound 99 at V Street," said Sgt. Jay Struble with the Merced Police Department. "When they saw a white 2005 Honda Civic traveling south on V Street at 88 miles per hour."

Before officers could stop the car, they say it flew around the corner and flipped four times hitting a power pole and finally stopping in a field. Authorities arrested the driver, 21-year-old Juan Orejel at the scene.

"We learned that he had a passenger in his vehicle at the time he left the R Bar here in Merced," Struble said. "The officers checked the area and through the investigation what we found was the passenger was ejected out of the passenger door as the car was making this left hand sweeping turn."

The victim's body was found nearly 600 feet from the wreckage. Investigators he could have survived if he was wearing a seat belt, but they blame the driver for getting behind the wheel after a night of drinking.

"Tragedies like this can be easily avoided simply by having a sober driver," Struble said.