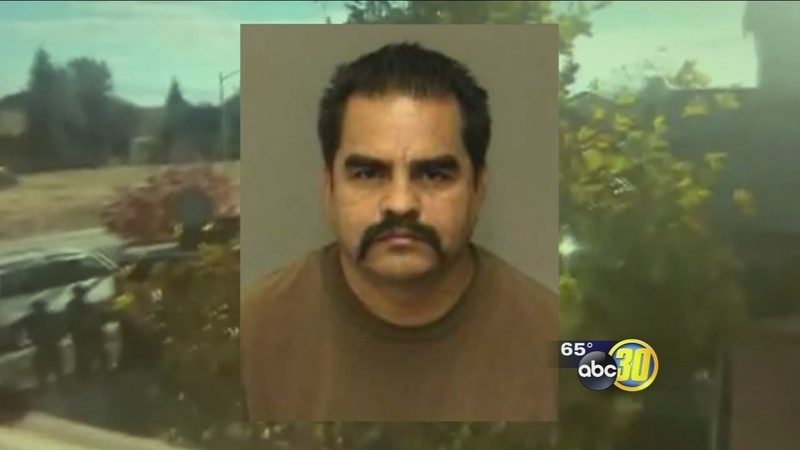 MERCED, Calif. (KFSN) -- The man accused of shooting at least two of his family members and one other person in Merced Friday may have a strong connection to a church.

Action News has obtained video of Merced Police trying to get the man who shot three people to walk out of his home. Neighbors inside their homes said they heard the gunshots go off and seconds later police were rushing down their street.

Cell phone video shows negations the Merced Police Department were going through to get 52-year-old Raul Moreno out of his home. It came after Moreno allegedly shot three of his family members Friday afternoon. They were all found lying on the street of Beckman Way.

"They must have had some kind of phone communication with him," neighbor Mark Carpenter said. "He came out of his house walked over here and started to walk down here and there was a guy with a bullhorn saying get down get down."

Carpenter was in his house when all of this was going on. He was looking through his window when Moreno finally surrendered.

"We waited patiently for the suspect to peacefully surrender," Capt. Bim West with the Merced Police Department said Friday. "We did have SWAT on stand by but we didn't have to use the SWAT team to take the suspect into custody."

The Facebook page of Victory Outreach Church of Merced lists Moreno as its pastor.

An Action News reporter went to the church Saturday to see if he was still the pastor there but no one answered. The church's listed phone line has been disconnected.