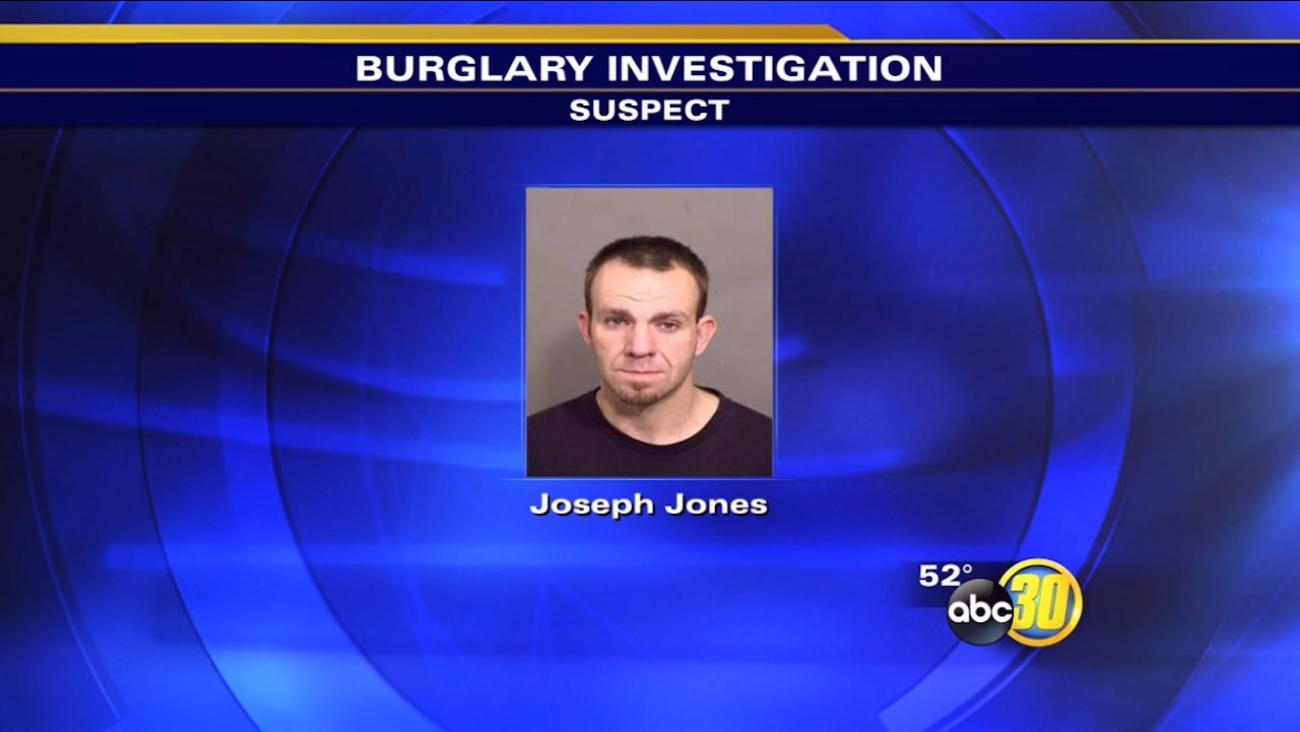 FRESNO, Calif. -- Officers arrested Joseph Jones early Saturday morning. They say the 27-year-old was walking out of the bushes near the Pacific Pride Landscape business on Riggs Avenue. Investigators found several locks on the property were cut, and jones had bolt cutters with him.