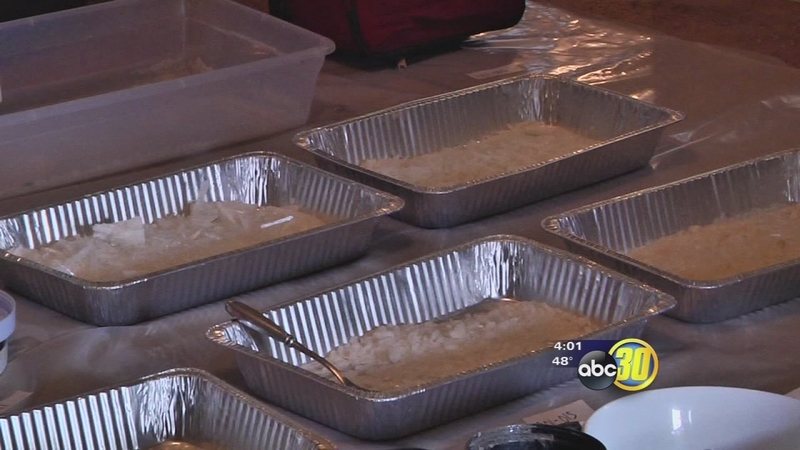 FRESNO, Calif. (KFSN) -- Instead of presents under a Christmas tree a Fresno County home had chemicals and crystal meth.

All of it spread out on a tarp, for deputies to document and weigh Thursday. "This was quite a business going on," Tony Botti with the Fresno County Sheriff's Office said. "You could see how lucrative it was."

On the street deputies say the meth on this floor could go for $35,000 to $45,000. There was close to ten pounds of it. Investigators say Francisco Solis-Gonzalez had turned his closet into a lab, and the liquid form of the drug was being shipped to him from Mexico.

"It's trafficked here to California," Botti said. "And they set up these labs by renting houses, and their job is to basically finish the product."

At this point there's no telling how long the operation was running. The home seems normal from the outside, and deputies only found it because they responded to a report of shots fired. "They do a little bit of investigating and there was a lot of evidence as soon as they opened the front door," Botti said.

Investigators say, Solis-Gonzalez has two kids. Both young, under the age of six, with their toys were sitting under the tree and outside. And deputies say, every day they were here they were in danger. "It's just sickening to see that kids are being raised in an environment like this," Botti said. "And they could have potentially been hurt or killed."
Related topics:
fresno countydrug bustfresno countymeth
Copyright © 2021 KFSN-TV. All Rights Reserved.
FRESNO COUNTY