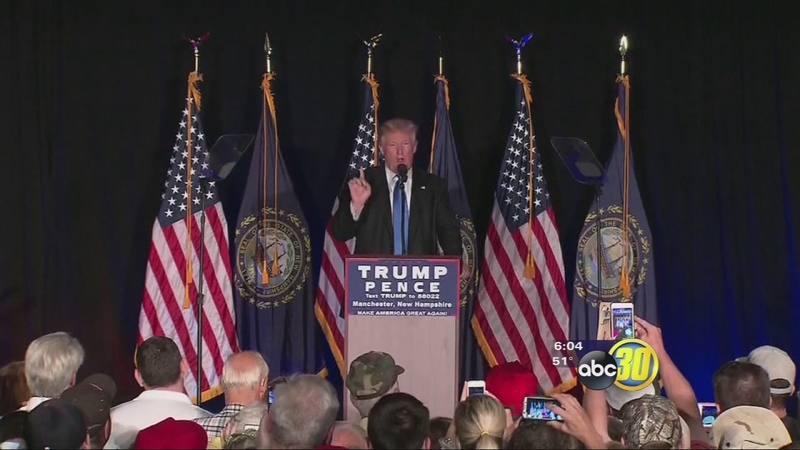 FRESNO, Calif. (KFSN) -- Donald Trump will be President in less than two months and many undocumented immigrants are scared. Nobody's clear on exactly what Trump's immigration policy will be, but many immigrants are worried about what he said he would do. They are flocking to the Mexican Consulate for help.

With Trump about to take up residence in the White House, many immigrants are worried they will soon be kicked out of their homes. The Mexican Consulate in Fresno is trying to reassure them they have at least a little time to prepare.

"They were worried, they were expecting changes but now the message is to keep calm," David Preciado with the Consulate said. "Nothing changes until January 20."

The consulate is reaching out to advise Mexican citizen with concerns that they can get help. Among the most concerns are the undocumented who came to the country as children. Obama protected them by signing an executive order called Deferred Action for Childhood Arrivals, or DACA Act. It allows them to apply to stay in the country for two years at a time. The consulate is encouraging those who's time is almost up to sign up again before Trump takes office.

"The President-elect has expressed the idea he wants to take certain executive actions away so we are doing this to be preparing people, letting them know there is still an option for them," Xavier Vasquez Baez with the Education Leadership Council said.

Among those applying for renewal is Darian Marquez, who was brought here from Mexico by his parents when he was four years old. He hopes to get his deferral extended so he can continue working and going to school.

"I'm already working, I am under contract," he said. "I am going to school. I need to pay for all my things, so I really can't lose the work permit I really need it so that's why I have to do this."