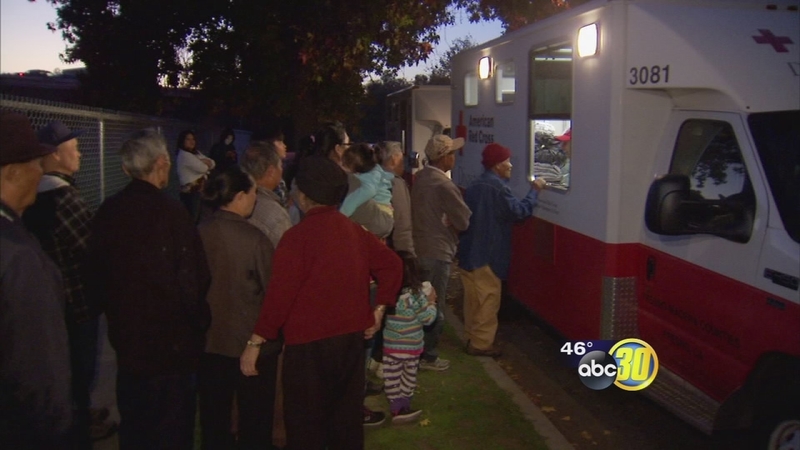 They've now been without gas for thirteen days.

"So I think that's what's really unfortunate is that this is not the type of disaster that Red Cross would normally respond to, which is your natural disasters," said Red Cross of the Central Valley Executive Director Barry Faulke. "This is a disaster caused by negligence and there are certainly hundreds of people across the street from us right now that are experiencing that."

"I think it must be said that I am appalled and I am outraged by the lack of human decency shown by this apartment owner to a very, very vulnerable population," added Fresno City Councilmember Clint Olivier.

The owner is expected to have three representatives on hand with a general contractor Wednesday morning to move forward with construction on the new gas infrastructure project.

Fresno City Manager Bruce Rudd is cautiously optimistic the owner will take the reins, but if not, the city will-and bill him later.

Calling it their insurance policy, city officials say Mayor Swearengin will sign a declaration of local emergency Wednesday afternoon. That will help identify additional funding sources and if the property owner doesn't act, expedite the construction process, which the city estimates will take three weeks.

"Remember this is not just going to end tomorrow or the next day, we're looking at at least three weeks at this point," said FIRM Executive Director Zack Darrah. "The resources needed to continue these efforts are going to be huge. I cannot put a dollar figure on them, but it's going to have a lot of zeroes in it."

PG&E has donated $25,000 to the cause, and the city says Granville Homes will also give a substantial cash donation.

FIRM and the Red Cross are handling meals right now, but California Southern Baptist Convention volunteers are on their way to serve meals and provide portable shower units. But Tuesday night, some Summerset residents showered early, with the help of the Diocese of Fresno, who opened the showers at San Joaquin Memorial High School.

It may only be a shower, but it's something to smile about on a cold, rainy night.