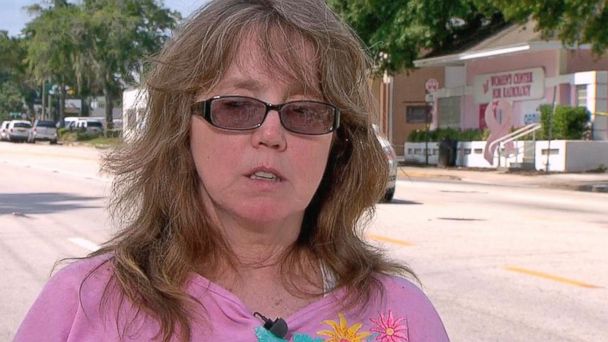 A mother who can't get in touch with her son after the deadly shooting at an Orlando nightclub said she is waiting desperately for word.

Christine Leinonen said she "just happened" to wake up at 3 a.m., about an hour after the shooting started at Pulse Orlando, a gay club. She saw her son Christopher's friend post on Facebook that there had been a shooting at the club and that he didn't "know where his friends were."

Leinonen told ABC News that her son's friend, Brandon, told her he saw that Christopher's boyfriend "had multiple gunshots and was being taken by the ambulance but he never saw Christopher [come] out. And we haven't been able to call him or text him."

It may be hours before she confirms her son's status, she said.

"They said there's a lot of dead bodies in the club and that it's a crime scene ... so it could be hours and hours before we find out. The hospital said there are some bodies at the hospital that came in and they died and they're not identifiable yet either," Leinonen told ABC News' George Stephanopoulos in an emotional on-air interview.

The last time she spoke to her son was at 6:00 p.m. on Saturday when she gave him information about an upcoming surgery she is having.

She said she was very "proud" of her son who had been active in the gay community for years. Leinonen said that Christopher established the Gay Straight Alliance at his high school and received a humanitarian award as a result.

"Please let's all just get along," Leinonen said while gasping for breath. "We're on this earth for such a short time let's try to get rid of the hatred and the violence please!"