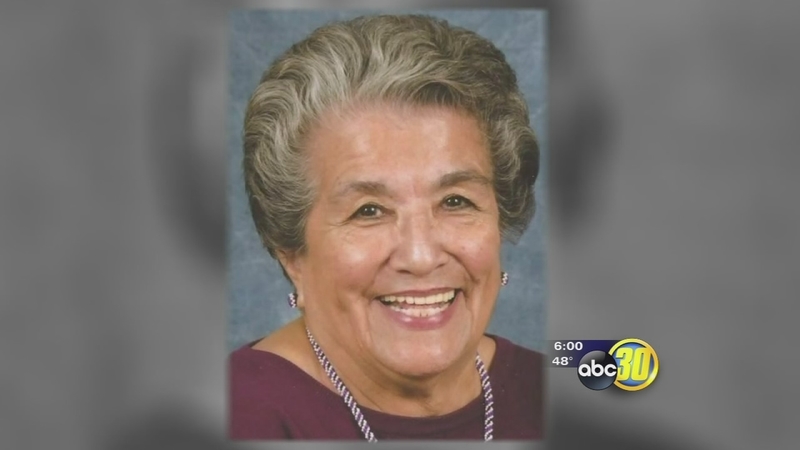 MADERA COUNTY (KFSN) -- Madera County Sheriff's investigators are trying to figure out what prompted a deadly confrontation in North Fork that left a 76-year-old woman dead on her front porch.

The suspected killer, Mary O'Keefe, remains in jail, booked on one count of murder for the death of Bonnie Hale. Neighbors say the suspect is an outsider who killed a woman who was well-known and respected in the foothill town.

In the quiet town of North Fork, Hale lived alone but she was tough and independent, according to her friend of more than 50 years.

"It's unbelievable this has happened," Tom Wheeler said. "I mean, it just really is. I can't tell you how nice this lady is."

The homicide has shocked the mountain community. Bonnie was part of many civic organizations and a former tribal leader at the North Fork Rancheria. Hale still ran her family's successful business selling pellets. The business is on her property below her home.

O'Keefe was arrested shortly after deputies arrived Saturday. Her mugshot shows several scratches on her face. Detectives say the victim also had evidence on her body of a real struggle.

"They both look like they've been in a fight," Cmdr. Bill Ward with the Madera County Sheriff's Office said.

Detectives believe the suspect walked from her motor home, about a quarter of a mile through the woods, to the victim's home. But the reason why she went there is still unclear.

Deputies believe the neighbors knew each other but they aren't sure how well. Detectives say the suspect has provided at least some tidbits of information.

"The suspect did speak to our investigators at the scene briefly," Ward explained. "I don't know that they were able to get a very detailed statement from her but she was talking with them."