Neighbors fed up with squatters in Fresno neighborhood 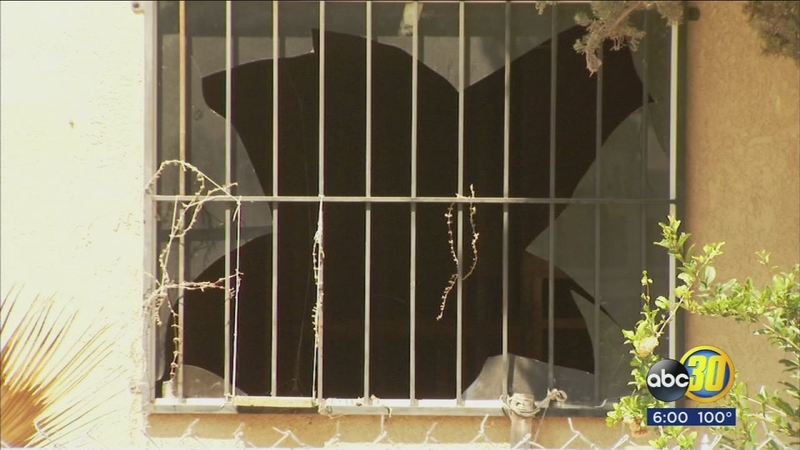 Neighbors fed up with squatters in Fresno neighborhood

FRESNO, Calif. (KFSN) -- South of Huntington, on Woodrow Avenue, neighbors said a group of four to six people hide behind boarded windows and the locks are constantly broken.

"The locks are made for honest people -- not these people," said a neighbor.

"They just come and knock the boards down and come in the house-- like if it was theirs," a neighbor said.

On Tuesday, firefighters said flames forced at least two women out of the abandoned apartment complex. They were detained-- but not cited or arrested. The next day, the neighbors said the group moved a couple doors down into an empty rental home.

"We can only do so much-- call the city and police department, their hands are tied really-- they run 'em out and they come right back," said a neighbor.

It is a cycle the city is trying to break-- forcing negligent property owners to take action. If they refuse and ignore fines for too long the city can take the keys.

Mark Standriff, a spokesperson for Fresno, said the goal is to repair, restore, and resell.

"The days of just being able to allow property to just sit there and basically fester are gone."

Standriff said the owner of the apartment complex has been cited twice in the past six months. Police also have a record of 14 calls dating back to September of last year; Standriff said the fire makes the situation urgent.

"Either take care of your properties or lose the equity-- those are the two choices that you have."

It is just one of four eyesores on this block exposed by flames and the neighbors are fed up.