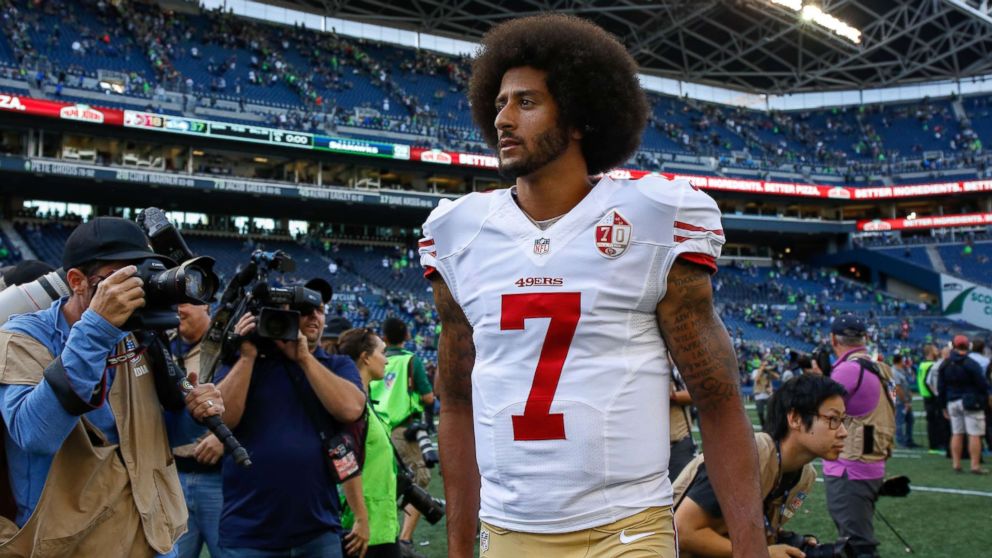 An NFL reporter is now taking back a statement he made live on TV this morning that former 49ers quarterback Colin Kaepernick is not planning to continue kneeling in protest during the national anthem if he is given a chance to play in the league again.

After reporter Jason La Canfora's statement to CBS Sports was widely reported, he tweeted Sunday afternoon that he had not spoken to Kaepernick about whether he would continue the protest but rather had "relayed" another report.

Kaepernick himself retweeted posts that La Canfora's report was false, and later, a quote attributed to Winston Churchill about lies.

Kaepernick began his silent protest of kneeling during the anthem when he was playing in the 2016 preseason for the San Francisco 49ers. He told the media he was protesting against the treatment of blacks in the United States.

Some other NFL players followed his lead during the 2016 season, drawing a mixed response from football fans and the general public, with some supporting the protest and others not.

But Kaepernick's most visible impact seemed to come at the start of this season, even though he himself has not been signed yet to a team, after President Donald Trump at a campaign-style rally in Alabama slammed NFL players who participate in the protest.

The president told the crowd at the rally on Sept. 22 that teams should fire players who kneel during the anthem.

"Wouldn't you love to see one of these NFL owners, when somebody disrespects our flag, to say: 'Get that son of a b---- off the field right now, out,'" Trump said.