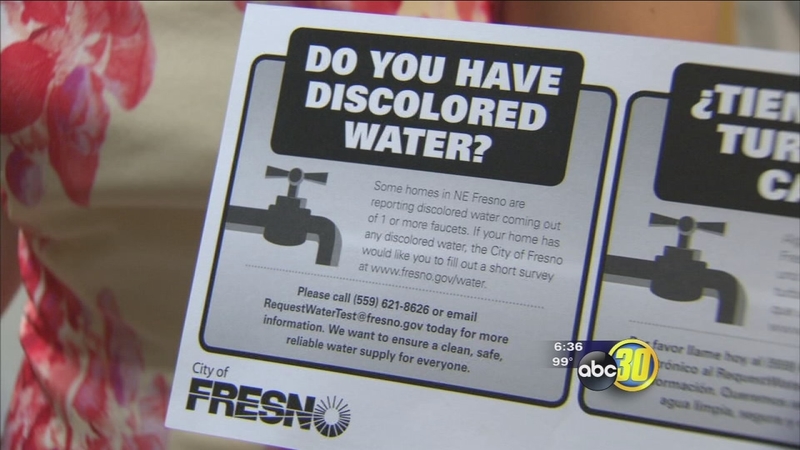 FRESNO, Calif. (KFSN) -- Residents of Northeast Fresno are in the middle of an experiment. The city is varying the sources and the chemical composition of the water it provides to try and deal with the corrosion problem that has allowed lead into the water of more than 100 homes.

Numbers released by the City of Fresno this week show more homes reporting problems with discolored water, and tests found lead contamination in the water or more homes. While more residents are complaining, City Public Utilities Director Thomas Esqueda believes the city is getting a handle on the problem.

"There is a chemistry adjustment we are currently going through to dissipate this colored water condition, that is just going to take some time."

Engineers at the city's surface water treatment plant are using different mixes of substances to reduce the corrosive properties of the water and stop lead from going from the galvanized plumbing into the water.

Tests have detected lead in the water coming out of some faucets in more than one hundred homes in northeast Fresno. But Esqueda notes that the lead is almost always detected in the least used faucets. And in only four homes was lead detected in kitchen faucets, those most likely to provide drinking water.

"The first end is getting after these four homes that have the kitchen sinks. If you had a priority you gotta get that done," said Esqueda. "Next end is when we can get these discolored water reports down and people are seeing clear water most of the time-- all of the time."

Esqueda said this experimenting is likely to take three months. In the meantime, nearly 800 homes have reported discolored water, more than 100 have tested positive for some lead in some faucets. More complaints are coming in every day.
Related topics:
fresno northeastfresnocontaminated waterdrinking water
Copyright © 2021 KFSN-TV. All Rights Reserved.
FRESNO