Nurse who was arrested says officer was on a 'warpath' 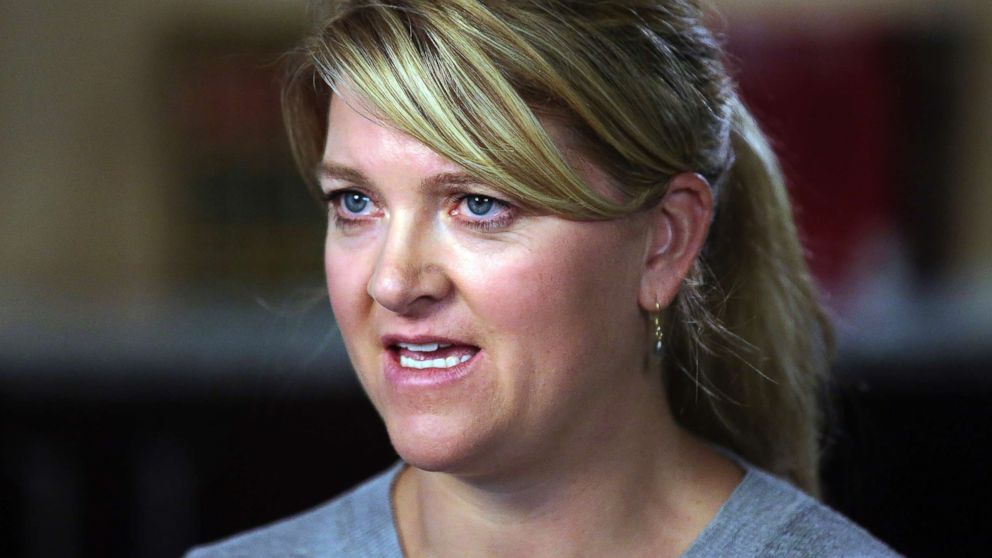 Alex Wubbels, the Utah nurse who was arrested for refusing to draw blood from an unconscious patient in July, told ABC News that she feels "not safe" since returning to work and believes the detective who arrested her was on a "warpath."

Police bodycam footage from the July 26 incident sparked a national outcry after it was released last week.

In the video, Salt Lake City Detective Jeff Payne is seen squaring off against Wubbels, who was working the night shift on the burn unit at Utah University Hospital. That night a man named William Gray was taken to the hospital after suffering severe injuries from a car crash.

Wubbels said she tried explaining to Payne that she wouldn't allow Gray's blood to be drawn unless he was under arrest or there was a police warrant.

When she defended the hospital's policy, buttressed by a 2016 Supreme Court ruling that warrantless blood draws violate the Fourth Amendment, she was rebuffed.

"I either go away with blood in vials or body in tow. That's my only choices. I'm going to follow my boss's instructions," Payne says in the video.

"I just said, 'Look, I'm sorry. We can't let you do this at this time,'" Wubbels told ABC News in an interview, joined by her attorney Karra Porter. "And [Payne] just got up and said, 'You're not sorry!'"

Wubbels, a former alpine skier who competed in the 1998 and 2002 Winter Olympics, then said Payne "jeopardized" her safety.

"Right then, he was on this warpath," she said.

In the video, Payne is heard declaring, "We're done!" and Wubbels wails as she's dragged out of the hospital in handcuffs.

"I think I was able to keep my cool pretty well, because I knew I was in a tough situation," she said, adding that she kept calling Payne "sir" during the episode.

Salt Lake Police Chief Mike Brown said last week that he "was alarmed by what I saw in the video with our officer." He said Payne and his supervisor have been put on paid administrative leave. According to The Associated Press, Brown's department has since adopted a policy that requires a warrant or consent to have blood drawn.

Both Wubbels and Payne said they were simply following orders.

But some in the community were unmoved.

On Sunday over 100 people demanded Payne's ouster, holding up signs that read, "Hands off our nurses" and "Fire Detective Payne," according to the AP.

Wubbels said that she's back at the hospital and admits that she's nursing in fear. "I've returned to work with the knowledge, as of right now, that I'm not safe to do my job," she said.

Wubbels and her attorney acquired the video and released it because, she said, she felt a duty to make nurses aware of potential malfeasance or obfuscation by some in law enforcement, often without evidence.

"I wanted the rest of the nurses in the state I work in, in Utah, to know that this could happen," she said.

She also is attempting to inform hospitals and police departments of better ways to de-escalate situations involving health care workers.

The video, she said, shows bluntly "what not to do."

But for Wubbels, the video is almost an afterthought.

"You don't need to see the video to know that something went wrong," she said.

She believes that police must work in concert with nurses and doctors and that Payne broke that unspoken bond.

"We're supposed to be on the same team, and that is to help provide a safe and secure situation for those that can't provide it for themselves," she said. "And [police] are supposed to be a source of help, not the source that tears that down."
Report a correction or typo
Related topics:
abc newsnational
Copyright © 2020 ABC News Internet Ventures.
More Videos
From CNN Newsource affiliates
TOP STORIES