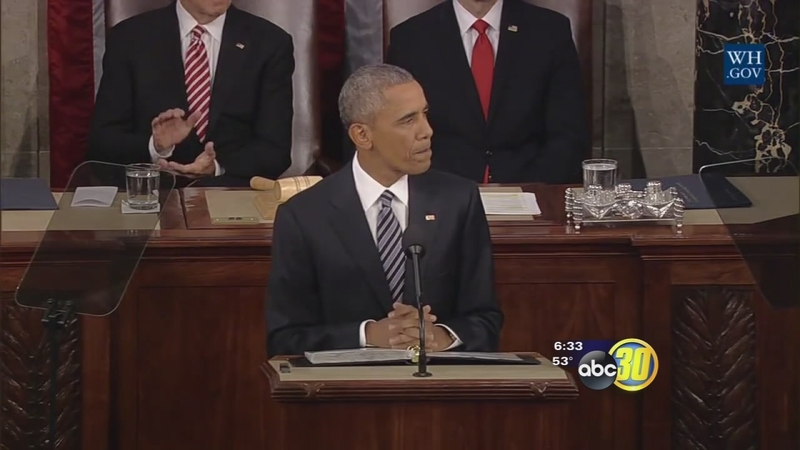 During his final state of the union address, President Barack Obama put the opioid and heroin epidemic front and center for the nation to hear.

"Helping people who are battling prescription abuse and heroin abuse."

President Obama said the number of deadly overdoses from those drugs has almost quadrupled in the past 17 years.

On Wednesday the White House discussed the urgent need for Congress to address the crisis-- pledging $1.1 billion in treatment funding. Congress is close to passing the bill which could be the last one President Obama signs into law.

"From day one, this administration has based its national drug policy on the fact that this is a public health issue and that substance abuse issues are not moral failings. And it's something we can't arrest and incarcerate our way out of," said Michael Botticelli, Director of National Drug Control Policy.

The one billion dollars would go to states to be divvied up between counties.

Local treatment facilities like West Care of Fresno said the new money would help with the influx of patients. In many cases, there is a three or four-month waiting list just to get into a program

"When somebody needs treatment and to have them sitting out there in the community for that long is really a shame. So the funding could really help and not just West Care, but all the programs and the people seeking treatment," said Shawn Jenkins, West Care Senior VP.

Prescription drug and heroin abuse has been on the rise in recent years. The Central Valley is not alone in overdose cases but a billion dollars could go a long way in reversing that trend.