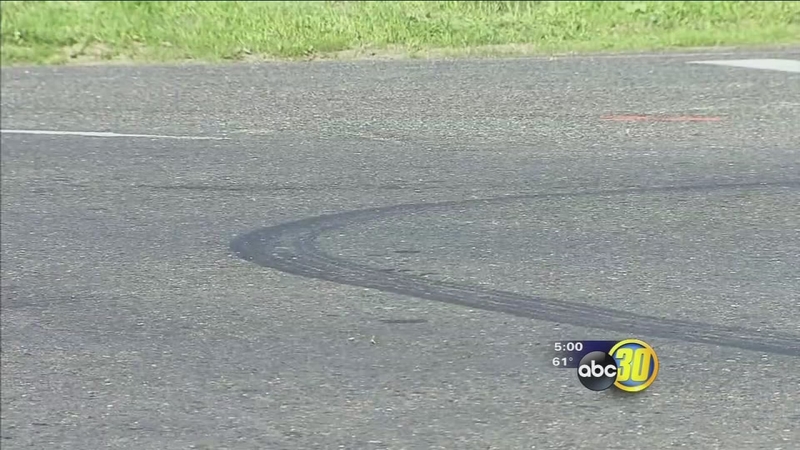 BALLICO, Calif. (KFSN) -- A good deed goes wrong after an off-duty firefighter was held at gunpoint and had his car stolen while helping car crash victims.

"I was kind of awestruck that someone would actually pull a gun or a weapon on our person," said Mark Lawson, Merced Co. Fire Division Chief.

The Merced County Sheriff's Department said the collision occurred a little after 8 a.m. Thursday morning. A family of five and another car were involved in a crash near the Ballico Avenue and El Captain Way intersection. The off-duty volunteer firefighter came across the accident and stopped to help.

Sheriff Vern Warnke said after he checked on one of the victims, he went to check on the family. Then, as the firefighter returned to his truck, the initial victim he checked on drew a gun and demanded his radio.

The suspect then got into the truck and drove off. Sheriff Warnke said, luckily, no one was hurt.

"This guy is dedicating his life to be a public servant and come in and help folks and to have one of the people, a potential victim of a crash, pull a gun on him and take his own truck."

Lawson said the volunteer firefighter involved has been working with the Ballico Fire Department for at least 20 years, and this is a bizarre situation for their department.

"This is a unique situation. In my tenure, almost 30 years, this is the first I've ever heard of this."

The California Highway Patrol is also involved and is investigating the initial car crash.

The department said the firefighter is a little shaken up after the incident, but physically fine.

They also said they have air support in the Ballico area, and are asking anyone with any information to call the department.