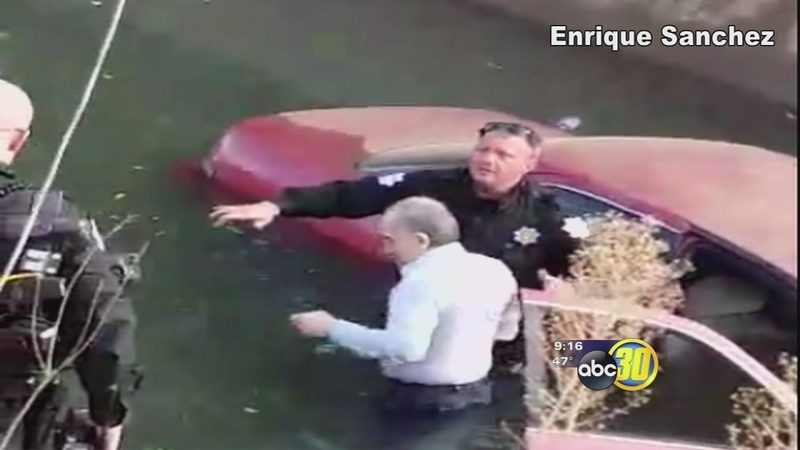 FRESNO, Calif. (KFSN) -- Fresno police and California Highway Patrol officer rescued a man after he crashed his car into a canal Saturday afternoon.

Authorities say the driver is lucky he only suffered a broken arm after losing control of his car. CHP officials say for unknown reasons, a man lost control of his Toyota Camry on the Highway 41 off ramp on McKinley Avenue around 2:30 p.m.

The driver hit a traffic sign, before jumping the center median and going over the embankment of the canal. The CHP said two officers were nearby and saw the crash happen.

They helped pull the man out of the water who told authorities on scene he didn't remember what happened. "He's lucky as well as very fortunate, as well as the other motorists on the roadway," CHP officer Greg Makel said. "Being it's the holiday traffic, people are out and about shopping and there's a lot of pedestrians on this portion of McKinley. Very fortunate that the vehicle did not collide into a pedestrian or other vehicle on McKinley Avenue."

Authorities are still investigating whether this accident was caused by a mechanical or medical-related issue.