A Ukraine security spokesman says two columns of tanks from Russia have entered a strategic town.
AP
By DALTON BENNETT 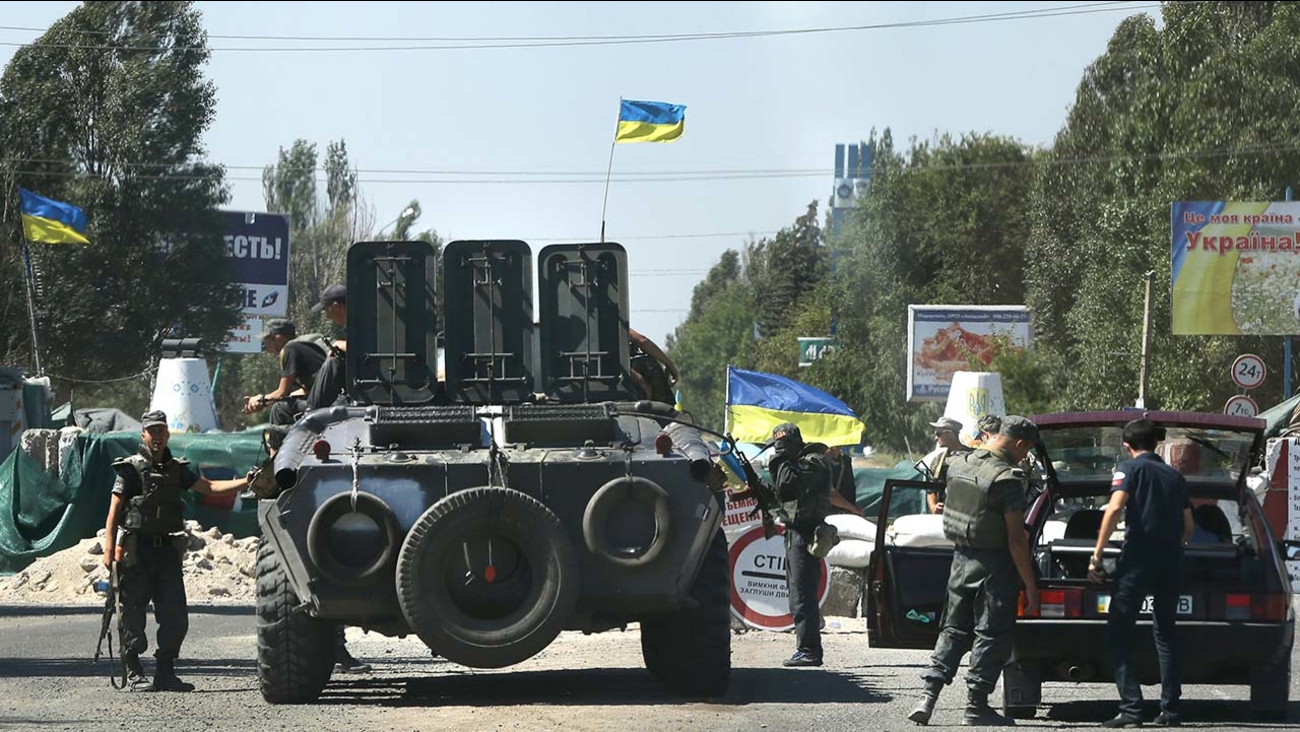 Lysenko says about an hour and a half later, two columns, including tanks and other fighting vehicles began an attack.

They later entered Ukraine from Veselo-Voznesenka and Maximovo of the Rostov region in Russia.