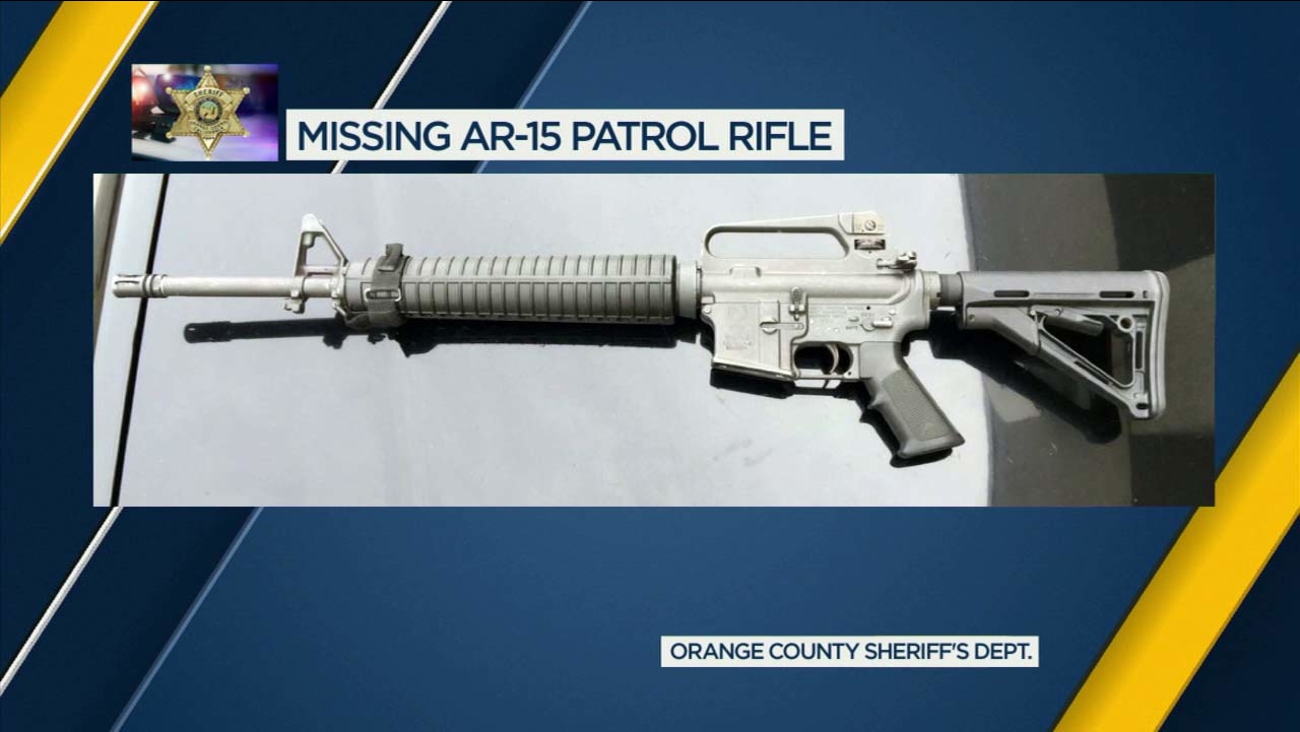 ALISO VIEJO, Calif. -- Orange County sheriff's investigators are searching for a department assault rifle, after a deputy left the weapon on his car and drove off.

According to the sheriff's department, a deputy put the AR-15 rifle, which was in its case, on the trunk of his patrol vehicle, became distracted, and drove off.

The accident happened around 7 p.m. Tuesday. The deputy said he drove along several streets in both Aliso Viejo or Laguna Hills but couldn't pinpoint where the rifle may have been lost.

The deputy realized the rifle was missing around 3:15 a.m. Wednesday.

Reserve deputies, bloodhounds and investigative personnel searched the area in and around the sheriff's station and also traced the officer's whereabouts with no success.

Sheriff's officials said the Colt AR-15 is black and has a 20-inch barrel. The serial number is A0091856 and the weapon was inside of a black nylon rifle bag. The gun was loaded with three magazines and did not have any attachments, such as optics or lights.