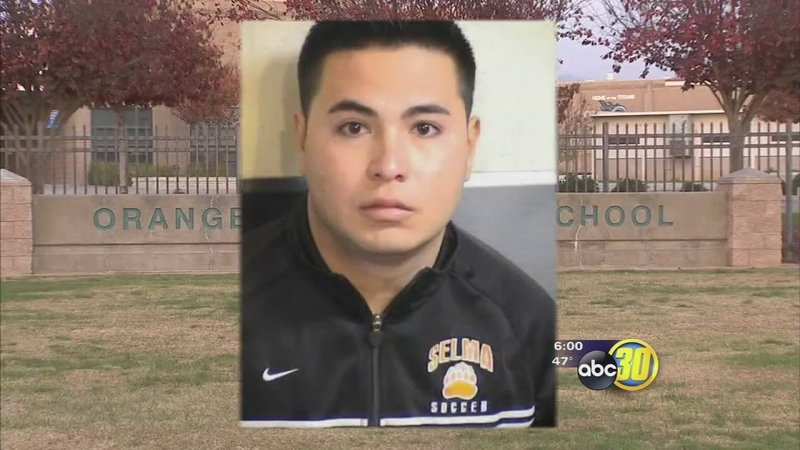 ORANGE COVE, Calif. (KFSN) -- A high school teacher in Orange Cove was arrested Thursday after being accused of sexually molesting a child. Rigoberto Rangel, 23, was a first-year teacher at Orange Cove High School.

Rangel has since resigned from his position. Police say they received a tip Thursday about him having an inappropriate relationship with a female student, and, after looking into it, they found there was enough evidence to make an arrest.

Rangel did not spend time in the classroom teaching his Spanish students Friday like usual, he spent it at the Fresno County Jail instead. Police say he was arrested at his home in Selma for having an inappropriate relationship with a female student.

He was charged with committing four counts of lewd and lascivious acts, one including showing pornography to a minor. Community members said on social media that Rangel was also a coach at the school. The school's website listed as a staff member for the boy's soccer team.

"I know in athletics, we are a family and to know coaches are being accused of things, it's like, 'What's going on?'" she said. "It's confusing."

The Kings Canyon School District is taking this matter very seriously, saying in a press release the "safety and well-being of our students is always the highest priority in our schools."

It's a message displayed out front on the school's electronic billboard, reminding folks passing by that a Titan is "Responsible, Respectful, and Safe."