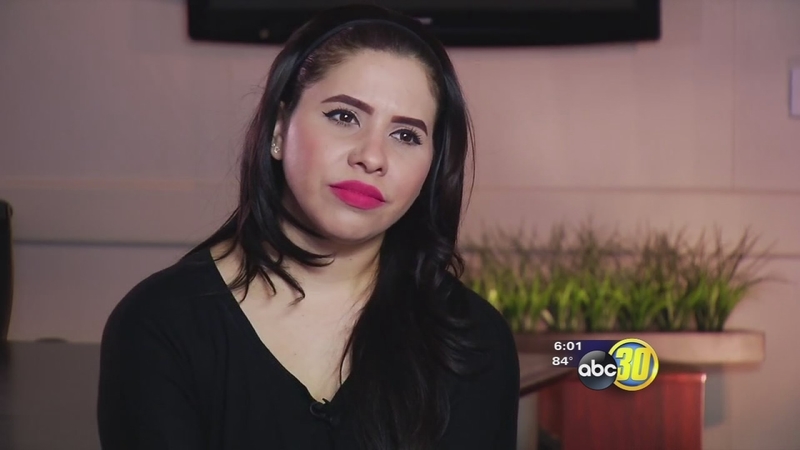 MADERA, Calif. (KFSN) -- The passenger inside the patrol car when shots were fired was at Wednesday's press conference. Yesica Valencia is now speaking out about what happened that night-- calling it "a nightmare."

Police said Thomas Garcia opened fire at a Madera Police Officer and a civilian passenger early Sunday morning. He is now in custody, but the woman in the passenger seat of the officer's car-- Valencia-- said she thought she was going to die.

"You know something crazy might happen, but I never thought it would happen to me."

Valencia said she was in the department's Citizen's Academy program, which is aimed at helping build better relationships with community members.

"We talk about what it takes to become a police officer in the city of Madera or any where else for that matter," said Chief Steve Frazier, Madera Police Department.

That is why Valencia said she joined and chose to do a ride along.

Valencia said she and officer Julian Garcia drove around for hours before trying to make the stop that would soon turn dangerous.

"They didn't stop on the first two stop signs."

Shortly after, gunfire-- 14 rounds, two breaking the patrol car's window and one flattening the rear tire and another going through a nearby home.

Valencia said one thought went through her mind as she ducked, trying to stay clear of the bullets coming towards her.

"I was scared. I was thinking about my kids. I really thought I was going to get shot."

When the patrol car finally came to a stop, Valencia was still shaken.

Chief Frazier said they do not provide protective vests for their ride alongs because it's not feasible, but said they plan to make changes.

"We will go back to two ride alongs a year."

Valenca said this will be her final ride along, and said the video is still hard to watch.