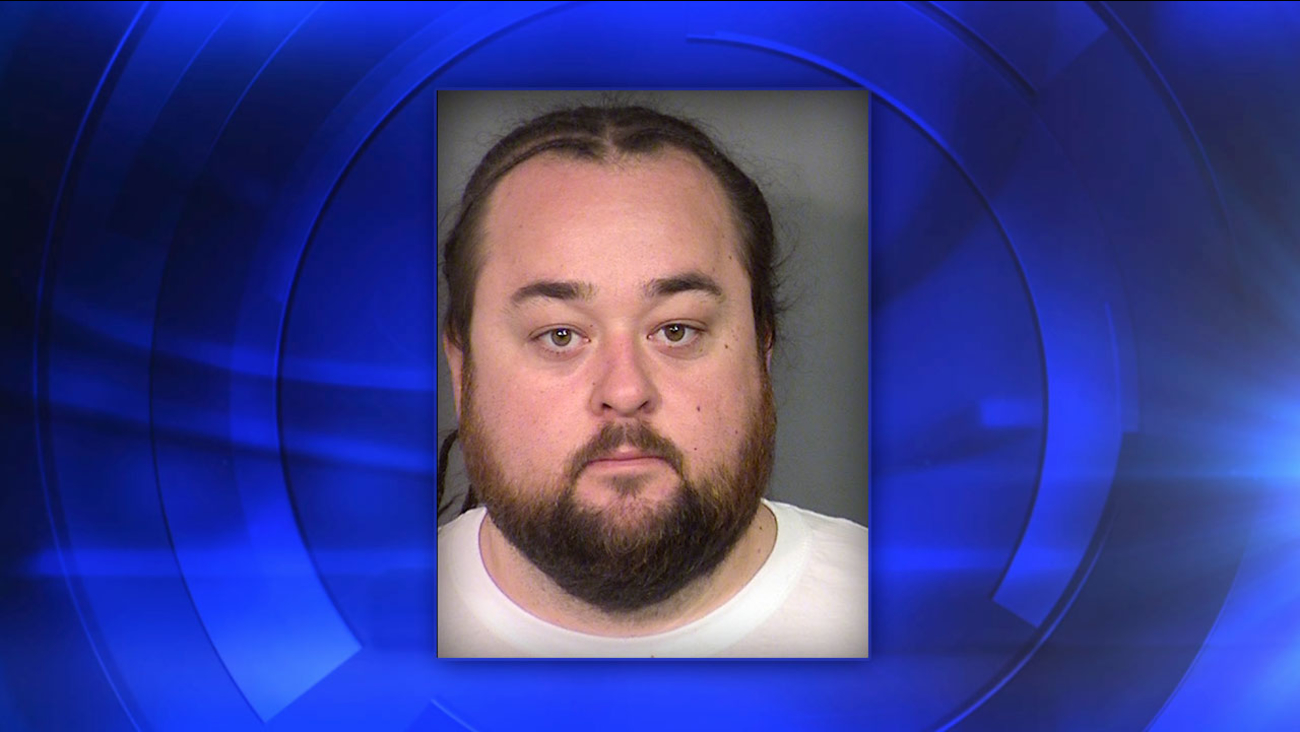 LAS VEGAS -- The man known to millions of cable TV viewers as Chumlee on the reality show "Pawn Stars" was being held late Wednesday in a Las Vegas jail following his arrest on felony weapon and drug charges.

Austin Lee Russell, 33, was taken into custody when officers serving a search warrant in a sexual assault investigation found methamphetamine, marijuana and at least one gun at his southwest Las Vegas home, police said in a statement.

Russell wasn't booked on a sex-crime allegation. Officer Larry Hadfield, a department spokesman, said that part of the investigation stemmed from a recent complaint by a woman, and it is continuing.

Russell was being held pending an initial court appearance on 19 drug-possession charges and one weapon charge, according to Clark County Detention Center records. His bail was set at $62,000.

It wasn't immediately clear if Russell had a lawyer.

A man who answered the phone at the Gold & Silver Pawn Shop on Las Vegas Boulevard said he had no information about the arrest. A follow-up voicemail message was not returned.