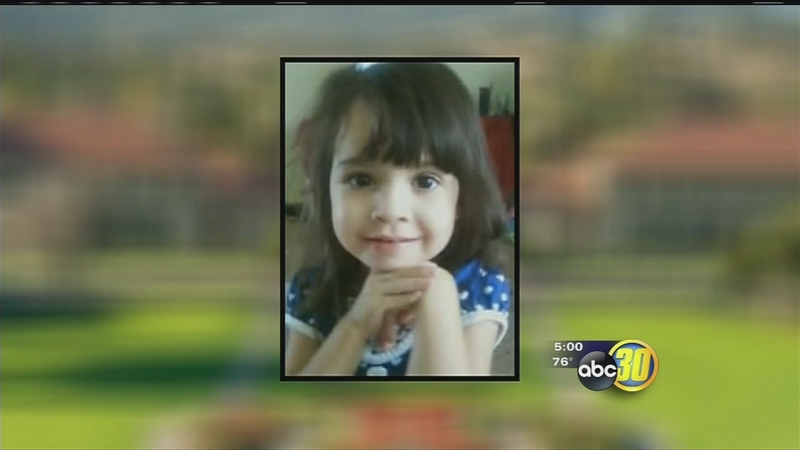 VISALIA, Calif. (KFSN) -- Obediah Acosta remembers being by his daughter's side at Valley Children's Hospital before she died. He talked to her and held her hand and said he also remembers her funeral.

"That has to be the hardest thing that any parent could do is bury their child," Acosta said.

Acosta says holidays are hard for his family, and this Thanksgiving will be too. He has trouble sleeping sometimes but keeps himself busy to keep his mind off what happened to his first-born child.

Last week, a Tulare County jury agreed that Christopher Cheary raped, killed, and tortured three-year-old Sophia Acosta in May of 2011. He was the boyfriend of Sophia's mother.

Now they must decide his punishment for the crime: life in prison without the possibility of parole, or the death penalty. Cheary's defense team called his mother back to the witness stand on Monday. She talked about the absence of Cheary's father, his drug problems, and eventually Chris' drug abuse, which included heroin.

"That was a hard one for me, so when I found out, I was devastated," said Laura Campanur Hall.

But despite his troubled past, Cheary's mother described her son as affectionate. She says during his time in jail, he's been doing the things he should have done in high school-like reading. Cheary did not finish high school.

"He's back to being Chris again, (the) caring, loving person he was before," Campanur Hall said. "Drugs totally changed him."

But Tulare County Assistant District Attorney David Alavezos challenged the notion that Cheary is now a changed, loving man. He pointed to the times Cheary has broken jail rules, and a recent phone call during which Cheary's father told him not to smile in court.

Cheary said it didn't matter and made a slight towards the families of Sophia. The statement reading, "Like the only people in there that would have thought that was maybe, like, maybe Erika's family, or Obie's family but (expletive) them."