Phoenix police and firefighters braved bullets and flames as they responded to a shooting and house fire that left five family members dead Tuesday, including the gunman, authorities said.
AP 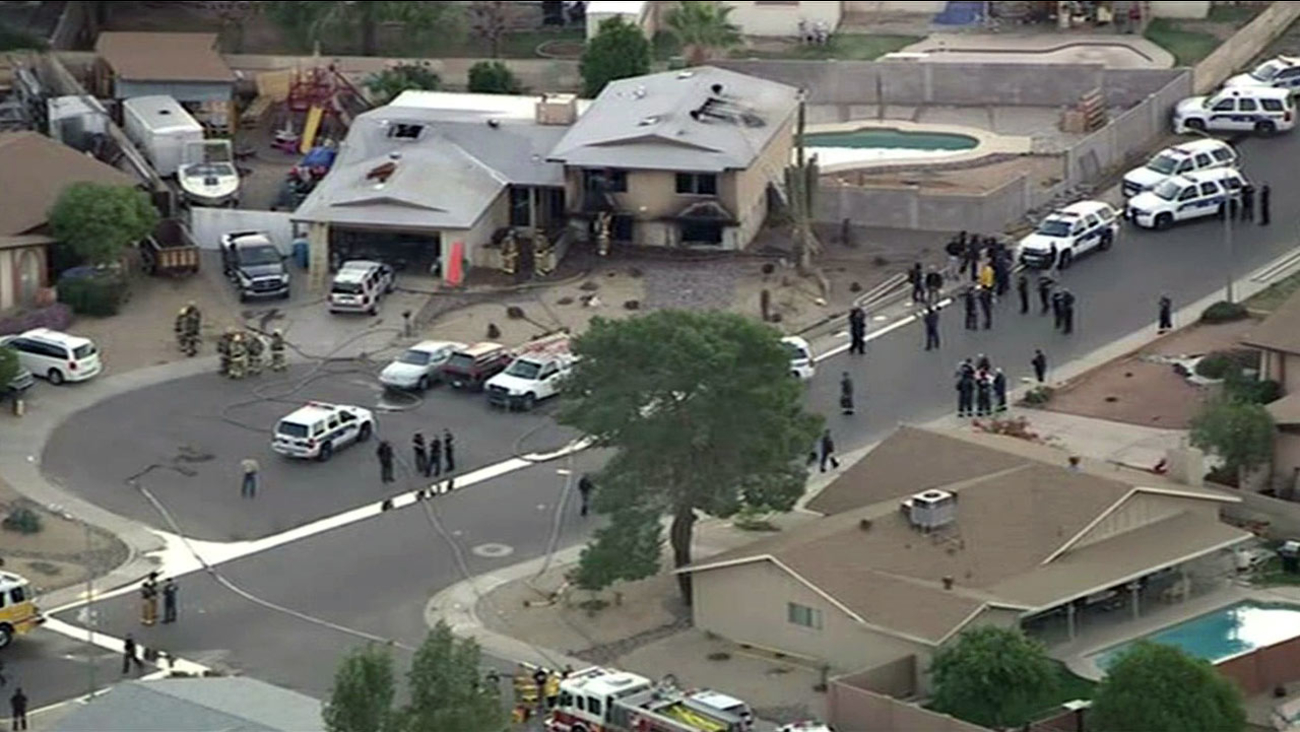 Police in Phoenix have confirmed four people have died, including the alleged shooter, at a home, Tuesday, February 23, 2016. (KGO-TV)

PHOENIX -- Officers dodged bullets fired by the shooter and donned breathing gear to enter the burning home to help the victims. Some firefighters battling the blaze stood on the roof to extinguish the flames gushing from the home.

One officer was being treated for smoke inhalation, but no other injuries were reported to first responders.

Police in Phoenix say three people are dead and two others injured after an active shooter situation.

Four people killed in the morning violence were adults, and a girl, whose age was not known, later died at a hospital, police Sgt. Trent Crump said. He said police shot the gunman.

He declined to release names or specify the relationships of the people involved, but he said they were a family of five and that the shooter was the brother or son of the victims.

A 911 caller from the home described the shooting as a domestic situation, Crump said.

A fire department spokeswoman says the shooter set the house on fire, which crews extinguished after it flared up for a second time.