Photos critical as murder victim's family gets Justice for Desmend 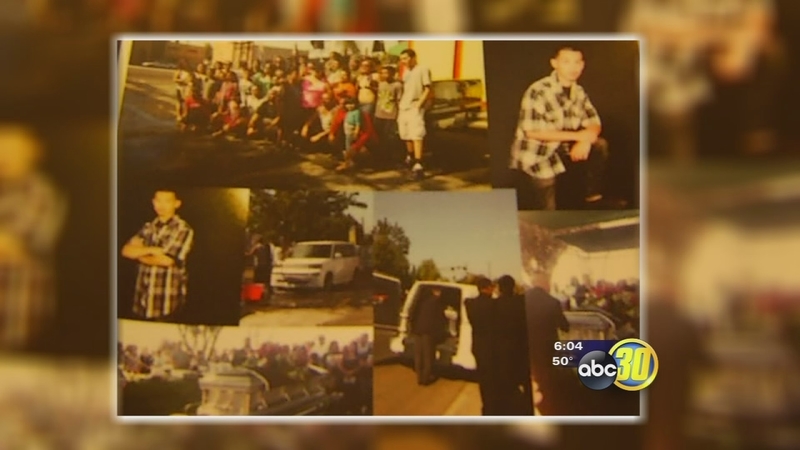 Photos critical as murder victim's family gets Justice for Desmend

FRESNO, Calif. (KFSN) -- The family of a teenager murdered outside a party two years ago got justice Wednesday. They've demanded justice for Desmend Rios at every court hearing since the September 2014 stabbing.

"I'm just going to try to talk with my heart as fast as I can," said Rios' aunt Lisa Morales.

Desmend's family can't ever get what their hearts really deserve. Their beloved brother, cousin, son, and nephew is forever frozen as a 19-year-old.

"I know he was brutally taken and brutally beaten," Morales said.

"I was in disbelief," said Reality Rios, about the call she got telling her Desmend was dead. "I couldn't believe it, you know? My brother's my everything."

But in watching Anthony Lopez take his punishment for murder, they got the next best thing: Justice for Desmend.

They also got the chance to let Lopez know the damage he inflicted, and the empty space he left at the dinner table and everywhere in their lives.

"Do you know how many times I served Desmend?" said his mother, Marina Rios. "And I'd sit there and cry because I forgot Desmend wasn't coming home."

Marina Rios wanted to make sure Lopez saw a series of photos, beginning by showing her pregnant with her son.

"For those 9 months, I was sure I could protect my son," Marina Rios said.

Marina son's funeral photos are a reminder she couldn't and, she hopes, a reminder to Lopez of the brutality he committed. Before and after photos show scars he left on the Rios family.

"Our family was whole and after, you don't see those smiles no more," she said.

Lopez's defense attorney says Lopez cried when he heard Desmend's mother and although he didn't say anything to the family, he wrote a letter to the judge.

"He says he knows they will never be able to forgive him, but he wants them to know he's sorry for what he did," said Judge Alvin Harrell III.

As a party at Lopez's house devolved into a melee, Desmend wasn't really involved, but Lopez stabbed him seven times in the back, then left to get fast food and beer so he could keep partying somewhere else.

But despite his callousness and their pain, Desmend's family showed Lopez the kind of man he needs to emulate when he gets out of prison.

"I do forgive you, Mr. Lopez," said his grandmother, Dolores Rios. "I have to. Because I think that's what Desmend would want because that's the type of person he was."