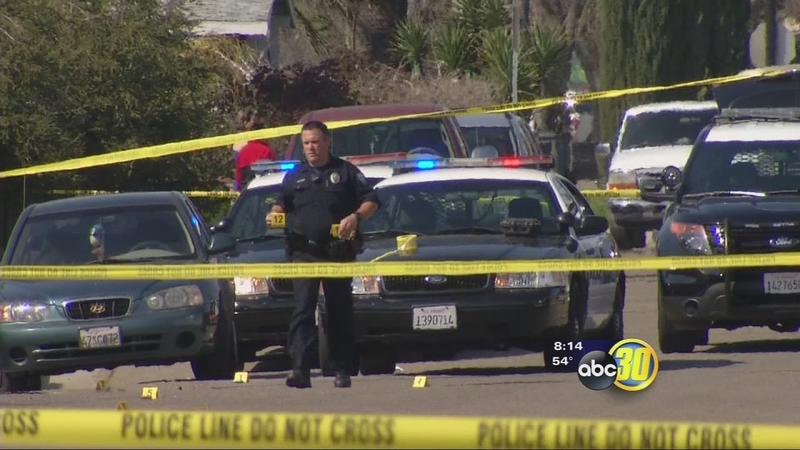 FRESNO, Calif. (KFSN) -- A homicide investigation is underway in Selma.

Police received a shots fired call just after noon Saturday and found the victim on the ground near 4th and Grove Streets. He died at the scene. The man's name has not been released, but authorities believe he was in his late 20's to early 30's.

Detectives spent the day gathering evidence and interviewing witnesses. They're also trying to find three people who were seen leaving the area in a dark-colored sedan.