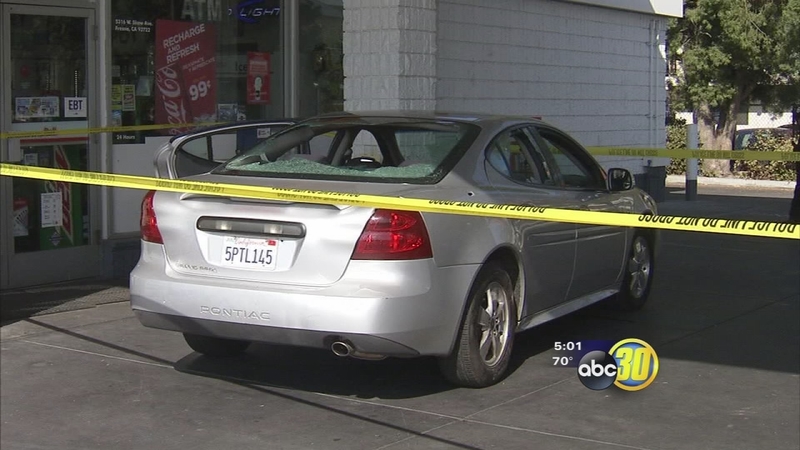 FRESNO, Calif. (KFSN) -- Police said the suspect fired 15 shots at the victim's car, which had an 11-month-old baby inside.

The victim and witnesses said, a 27-year-old gang member, told police the shooting happened as he was leaving the apartment complex. The suspect got out of his car, walked up, and started shooting at the victim's car. After the shooting, the suspect left the scene in a Cadillac -- and the victim drove to a nearby gas station on Shaw and Barchus avenues.

Police said the victim was grazed by a bullet, but was otherwise unharmed. The 11-month-old baby was also not injured by gunfire -- but did sustain a minor injury from broken glass.

The suspect was described as an African American male adult, with a medium build, dark curly hair, and wearing a red shirt and was last seen driving south on Polk.