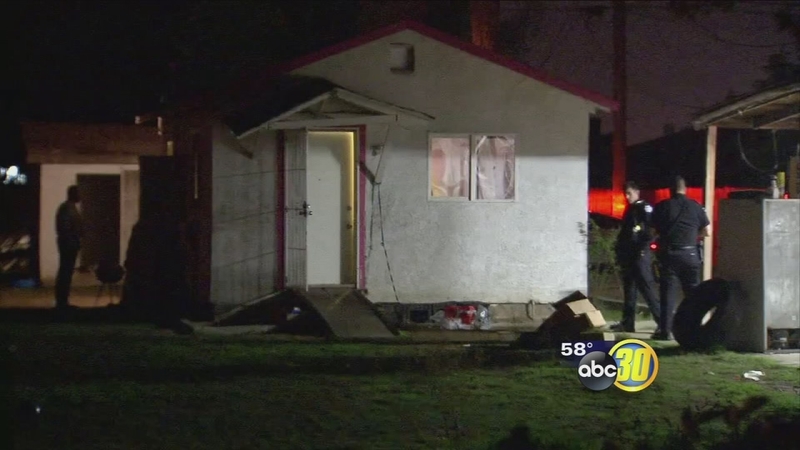 FRESNO, Calif. (KFSN) -- An emergency call has led Fresno Police to a mystery in southwest Fresno.

A woman's body was found inside a home on Thorne Avenue and San Joaquin Street, near Chandler Executive Airport, authorities said. Officers went to the home around 4 p.m. for a welfare check and discovered a woman in her 20s was dead in the living room.

Flashlights shined on the front door of the home in while investigators piece together what happened. Lt. Steve Card with the Fresno Police Department said officers were dispatched to the house after someone called 911 asking police to check on the woman inside.

"We had a caller that wanted to check the welfare of an individual and once officers arrived here they discovered the scene," he explained.

Officials are not disclosing who made that call. They are also not saying how the victim was killed, just that she was physically assaulted.

As investigators surrounded the home blocked off with crime scene tape, neighbors and kids stood out on the street, listening to the sound of someone possibly connected to the victim yell at a detective. Maricela Garcia heard that emotional cry.

"It brought some tears to me because I don't know it was a mom or who's the sister," she said. "But either way, a loss is a loss, and it's going to be hurt regardless."