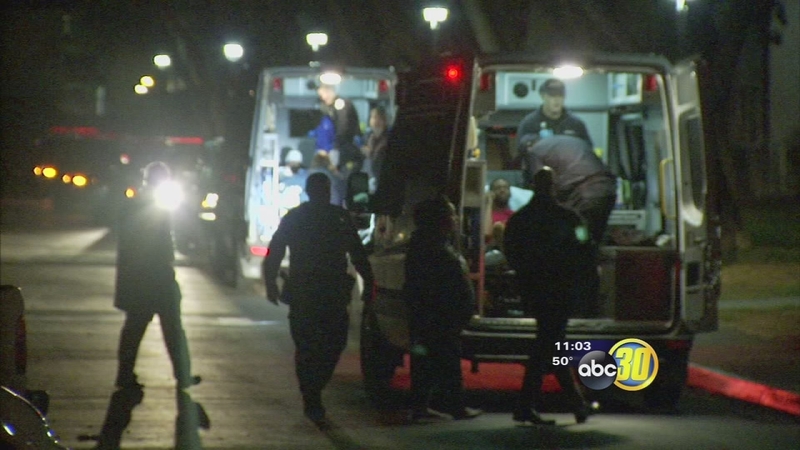 Authorities said Leraye Hudgens was smoking marijuana with a group of people when he attacked the victims without warning.

Officers said Hudgens lashed out at the victims stabbing one man who then ran to a nearby 7-Eleven for help. Hudgens attacked the other two victims and then left the apartment. "The people inside the apartment did know him, or someone who lived there did know him. He was granted access-- at some point a disturbance broke out and the suspect armed himself with a knife. Officers did recover a knife at the scene," said Lt. Ron Hughes, Fresno Police Department.

Officers caught up to Hudgens in the apartment complex parking lot with blood on his hands.

All three of the victims were taken to the hospital and treated for their injuries.
They're all expected to survive.