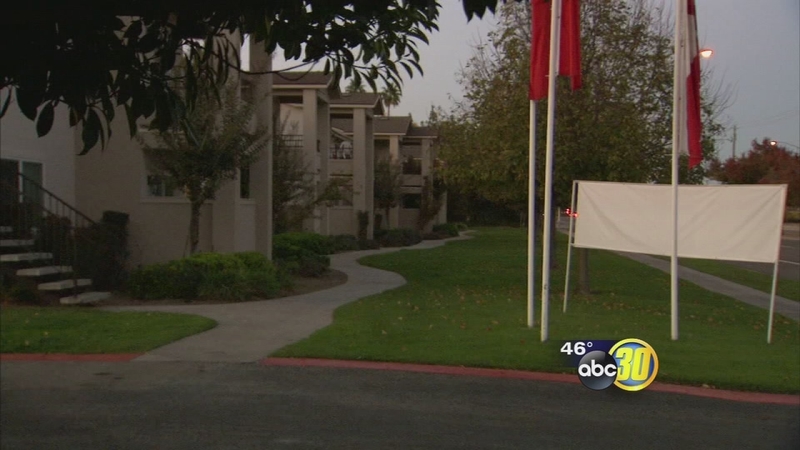 FRESNO, Calif. (KFSN) -- He emerges after the sun sets and lurks on the corner of Cedar and Barstow before selecting his victim. Police said so far, the serial groper in Northeast Fresno has fondled at least four women.

"Now I'm definitely not going out at night. I'm making sure I go out with other girls," said Leticia Urrutia, lives nearby.

Neighbors living near Fresno State received a red alert Wednesday. Warning them about a suspicious man prowling the neighborhood.

Detectives said the suspect has been reaching under victims' dresses, or grabs their buttocks or breasts before running away.

"In a couple cases he stayed and maybe knocked her down when he did it. Hasn't punched them or hurt them in any way yet, but often times these step up so we really need to get him in custody," said Lt. Joe Gomez, Fresno Police.

Just this week, management at one of the complexes led investigators to two more possible victims.

Alejandre Saldiver lives nearby and takes night classes at Fresno State. She said the news is disconcerting.

"Everyone's just out and about, you don't even know who your neighbors are. You can't really trust anybody."

Police are currently checking to see if there are known sexual predators living in the area and if any surveillance cameras have captured him in the act.

"There's most likely others, it's just one of those crimes people don't come forward with because of fear and embarrassment," said Gomez.

Detectives said a lot of times victims aren't paying attention. One was on her cell phone, another opened the gate for the suspect.

The students we talked with said they will be changing their habits as long as this predator is still out there.

Detectives said the suspect is African American, in his twenties, between 5 foot 6 to 5 foot 9 inches tall, and weighs between 160 to 190 pounds. He is seen wearing a blue or black hooded sweatshirt.