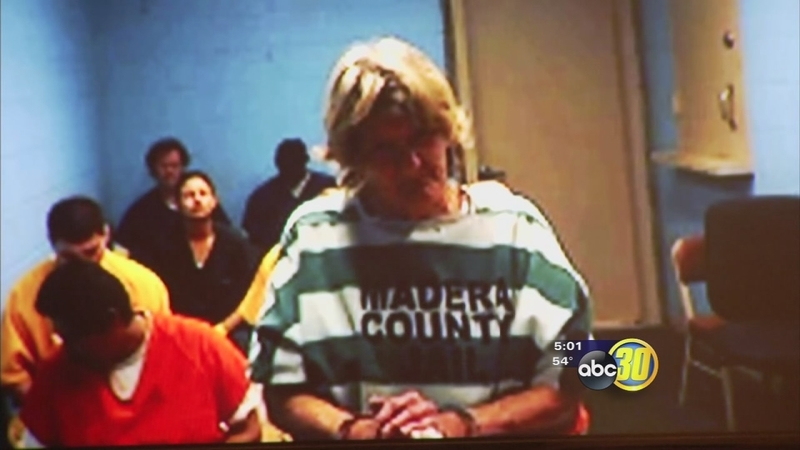 MADERA, Calif. (KFSN) -- In a striped jail jumpsuit, Mary O'Keefe was arraigned from the Madera County jail. From the start, she seemed dazed and not able to comprehend even who was representing her.

Prosecutors now say it appears O'Keefe had an ongoing feud with her neighbor, Bonnie Hale. But what it was over or why things came to a head Saturday morning remains a mystery.

An autopsy Monday showed bonnie died of asphyxiation as a result of blunt force trauma to the throat. There was also a peculiar weapon that deputies recovered.

"There was a weapon involved. It wasn't one you would commonly think of. It was a cleaning tool that was used during the altercation between her and the victim," said Madera County DA David Linn.

Detectives believe on Saturday morning, O'Keefe walked about a quarter of a mile through a wooded area to Hale's home. Since prosecutors believe Hale was older and frail also added a special circumstance of elder abuse.

Deputies searched the motor home O'Keefe lived in, but what they found has not been released.

Linn is also aware that O'Keefe's mental health may come into play early on in the case.

"We do know that that may be one of the plausible factors in the case."