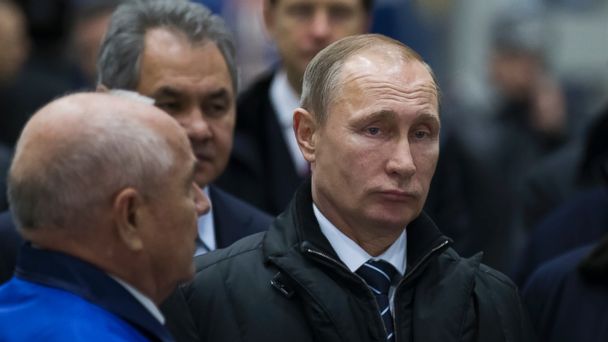 Russian President Vladimir Putin has ordered his country's military to begin withdrawing from Syria, saying the intervention has completed its fundamental tasks.

In a statement, the Kremlin says Putin called Syrian President Bashar al-Assad to inform him of the Russian decision. The two leaders agreed, according to the statement, that it is now possible to move towards starting a peace process.

"The leaders noted that Russia's military forces had changed the situation on the ground and inflicted significant damage on terrorists," the statement reads. "The President of Russia stated that with the fundamental tasks now resolved, the main body of the Russia air forces would be withdrawn. At the same time, in order to monitor compliance with the cessation of hostilities, some Russian forces will remain to ensure aviation safety."

Spokesmen for the White House, State Department and Pentagon all appeared to have no advanced warning of Putin's decision.

Russian military forces began an aerial bombing campaign inside Syria in September of last year, revitalizing Assad's fight against rebel and terrorist factions. Putin's stated goal about the mission has been to fight terrorism, but the United States has been angered by Russian attacks on moderate rebel forces, some of which the U.S. is supporting.

Meanwhile, after more than a two-week ceasefire inside Syria U.N. brokered peace talks are underway in Geneva, Switzerland.