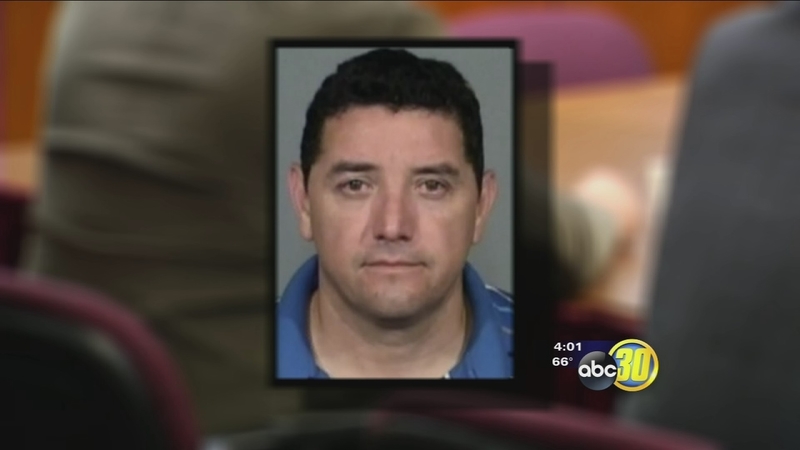 FRESNO, Calif. (KFSN) -- A teenage rape victim expressed anger and fear Wednesday as her attacker fought to avoid serving any time in prison.

"He robbed me and my entire family of myself and the joy of the life that I had when I was 17 years old," said the victim, who's now 22.

Five years ago, a Sanger teacher and restaurant owner committed the crime. Sergio Heredia was almost 49 at the time. The girl was 17.

As she waited for the day she'd see justice, the girl has grown into a young woman. But over these five years, she says the attack stunted her emotional growth, and she sometimes backslides to a childlike state.

Sergio Heredia started his day a free man, sitting in court and asking a judge to let him keep his freedom despite convictions for sexual battery and statutory rape.

"I come before the court to make the humble plea for compassion and ask it not to be swayed by the media as I request the court to grant me probation," Heredia said.

When police interviewed the former Sanger High School teacher in 2011, Heredia denied having sex with a teenager. After a rape kit proved otherwise, he insisted it was consensual.

The girl reported the attack quickly and said Heredia overpowered her. To this day, she worries it could happen again and sometimes needs to sleep with her mother to feel safe.

"Even today the question that haunts me is 'Why me?'" she said. "I may never know the answer to the question, but it's something I need to live with for the rest of my life."

We're not allowed to show Heredia's face in the courtroom, but he looked away from his victim the entire time she described her shattered self-esteem.

"I felt that I was not pretty and felt nasty about myself," she said.

And her inability to trust men.

"This distrust also carries towards all the teachers because my aggressor was a teacher," she said.

She asked the judge to give Heredia the maximum punishment allowed in a plea deal.

"For robbing me of who I am and who I was and taking advantage of me," she said.

The judge agreed Heredia preyed on the girl and poses a danger to the community.

So for the first time in five years, Heredia didn't walk out of the courtroom to go home.