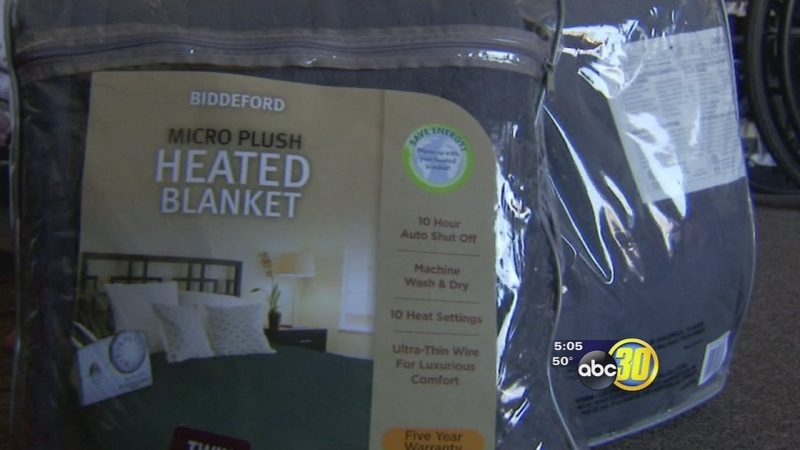 FRESNO, Calif. (KFSN) -- Volunteers went door-to-door handing out electric blankets to the residents of Summerset Village, who have been without gas to heat their apartments since Nov. 13.

Chris Kampsen brought his entire family down to help. "Our church, New Harvest, is where we were made aware of the need so we just volunteered and wanted to bring the kids out to do a little something different for Thanksgiving," Kampsen said.

The electric blankets help, but for the resident of this apartment, not so much. Because along with the gas being out, most of the electrical outlets in this apartment don't work.

The woman who lives here, Julie, didn't want to appear on camera. She is pregnant with three kids, from 8 months to 2-years-old. Her apartment is among the few that have an electric rather than a gas stove. She's boiling a big pot of water to help keep the children warm.

The food relief effort is now in its second day, with hot meals being prepared by volunteers and residents in a portable kitchen.

Despite all this help the main problem, broken gas lines, remains. Zack Darrah is the executive director of FIRM, a refugee ministry that has been helping to coordinate the relief effort for the apartment complex.

"It's not getting warmer and the gas lines aren't getting fixed any sooner," Darrah said.

Darrah said the task of helping the more than 1,000 residents isn't getting any easier.

"As we've seen, just the incredible amount of resources necessary not only financial but people, it's going to be incredibly difficult."

We asked him : "Do you think at some point we will look at another option and try to relocate people or is that out of the question?"

He responded: "That has been put out of the question up to this point. I think it needs to possibly come back to the table, at least to have a conversation about it again."

But it's not a conversation the city of Fresno wants to entertain right now.

Under state law the city has the power to condemn this 30-unit complex and relocate the people, but relocating a thousand or more would be a challenge.

So far the city's plan is to keep the folks here, "shelter in place." As Mayor Ashley Swearengin described it, and try to get the property owner to fix the gas lines. The City Council will meet Monday to consider declaring a state of emergency to empower the city to repair the gas lines if the owner fails to start work by Tuesday.

But no matter who fixes the lines, the heat won't be back on for at least three weeks.