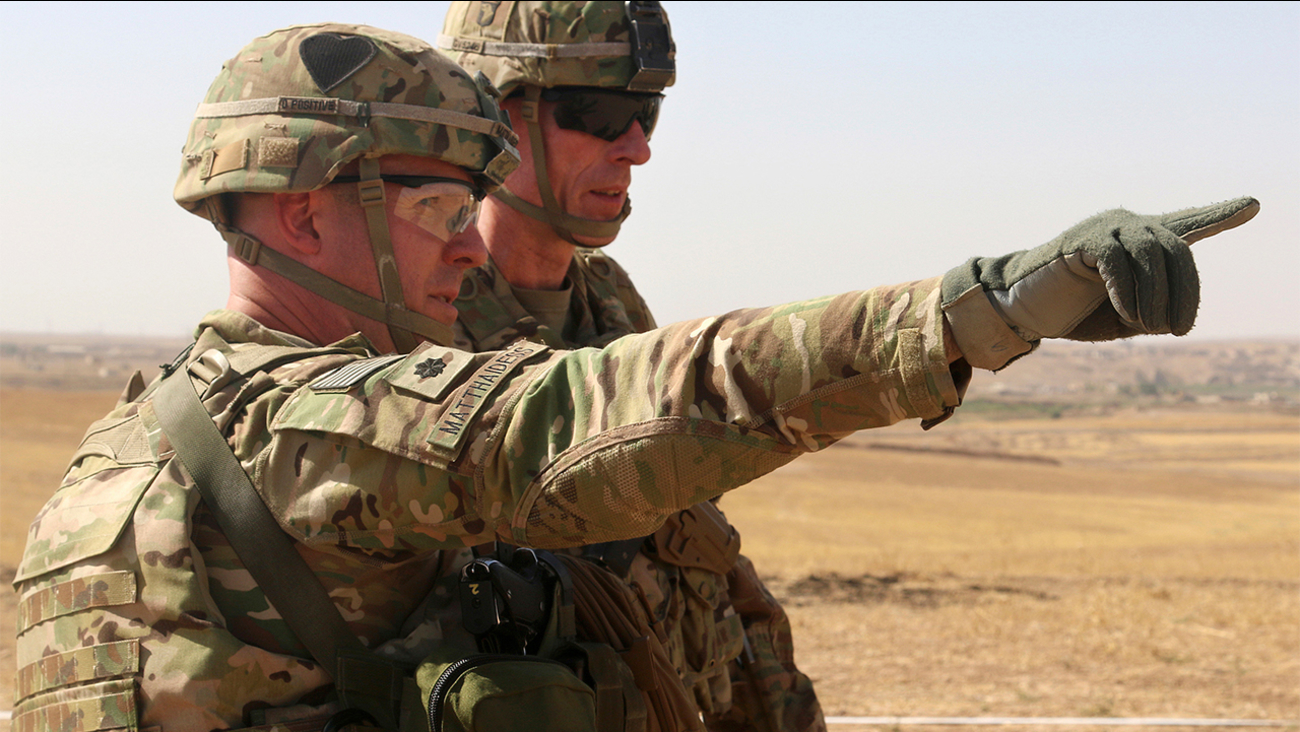 SACRAMENTO, Calif. -- Nearly 10,000 California National Guard soldiers have been ordered to repay huge enlistment bonuses a decade after signing up to serve in Iraq and Afghanistan, a newspaper reported Saturday.

The Pentagon demanded the money back after audits revealed overpayments by the California Guard under pressure to fill ranks and hit enlistment goals. If soldiers refuse, they could face interest charges, wage garnishments and tax liens, the Los Angeles Times (http://lat.ms/2ew9yQK) said.

Faced with a shortage of troops at the height of the two wars, California Guard officials offered bonuses of $15,000 or more for soldiers to reenlist.

A federal investigation in 2010 found thousands of bonuses and student loan payments were improperly doled out to California Guard soldiers. About 9,700 current and retired soldiers received notices to repay some or all of their bonuses with more than $22 million recovered so far.

Soldiers said they feel betrayed at having to repay the money.

"These bonuses were used to keep people in," said Christopher Van Meter, a 42-year-old former Army captain and Iraq veteran who was awarded a Purple Heart. "People like me just got screwed."

Van Meter said he refinanced his home mortgage to repay $25,000 in reenlistment bonuses and $21,000 in student loan repayments that the military says was improperly given to him.

The California Guard said it has to follow the law and collect the money.

"At the end of the day, the soldiers ended up paying the largest price," Maj. Gen. Matthew Beevers, deputy commander of the California Guard told the Times. "We'd be more than happy to absolve these people of their debts. We just can't do it. We'd be breaking the law."

The Pentagon agency that oversees state Guard groups has said that bonus overpayments occurred in every state, but more so in California, which has 17,000 soldiers.

California Guard officials said they are helping soldiers and veterans file appeals with agencies that can erase the debts. But soldiers said it's a long process and there's no guarantee they'll win.

Retired Army major and Iraq veteran Robert D'Andrea said he was told to repay his $20,000 because auditors could not find a copy of the contract he says he signed.

D'Andrea appealed and is running out of options.

"Everything takes months of work, and there is no way to get your day in court," he said. "Some benefit of the doubt has to be given to the soldier."
Related topics:
soldiersu.s. & worldcalifornia
Copyright © 2021 by The Associated Press. All Rights Reserved.
U.S. & WORLD
Wife of man killed by Honolulu police: 'If it was me, I'd still be alive'
NOT REAL NEWS: A look at what didn't happen this week
Shooting spree suspect thought people were after him for prior shooting: Police
Hard-line judiciary chief wins Iran presidency as turnout low
TOP STORIES
Fresno athlete donates kidney for ex-classmate's dad
Fresnans brave intense heat to celebrate at block party
Warning about poor air quality in Valley
Power outage hits at least 15,000 homes across Valley
UPDATE: 15-year-old boy drowns in Millerton Lake
17-year-old boy critically injured in Dinuba shooting
West Nile Virus detected in Fresno County
Show More
Be careful around Fresno Co. lakes, rivers this weekend
10-year-old Fresno boy killed in hit-and-run crash
Fresno firefighter climbs 60 feet up tree to rescue kitten
World-famous surfing competition kicks off in Lemoore
Man, teenager shot in central Fresno, police say
More TOP STORIES News