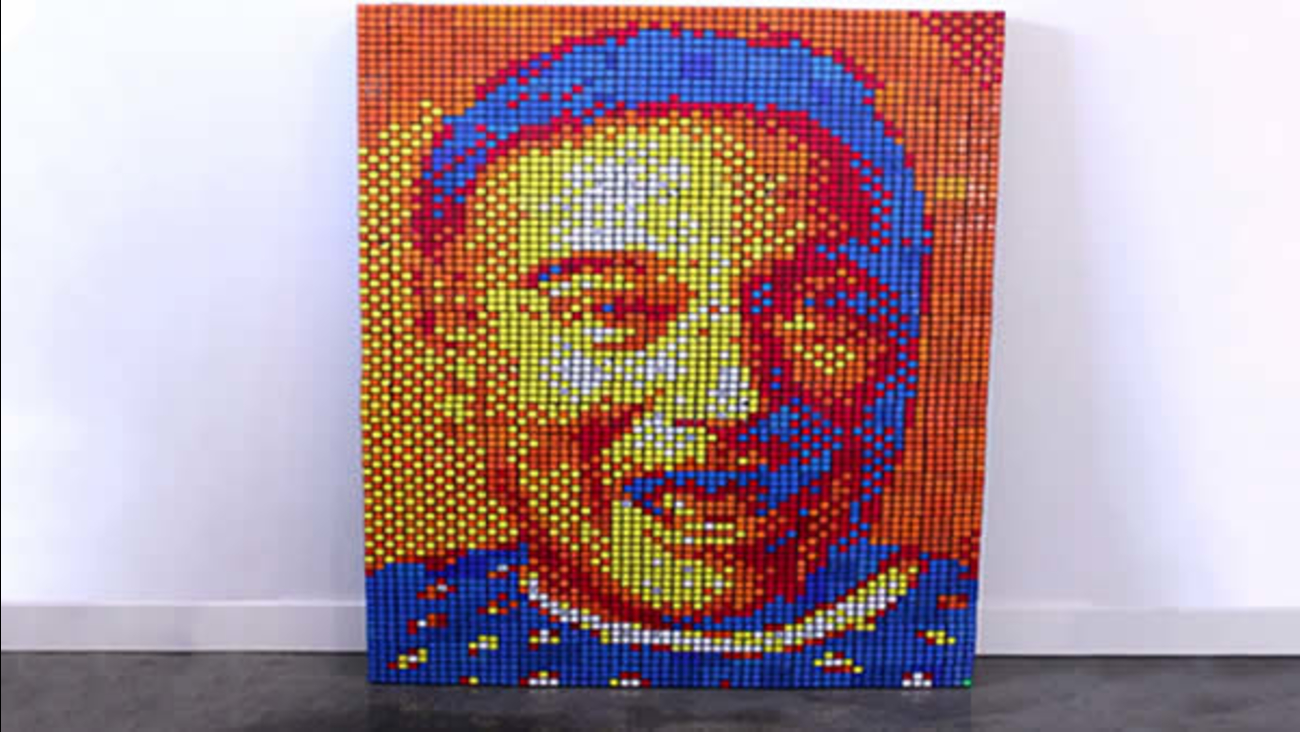 KGO
SAN FRANCISCO -- You can now bid on what might be the most unique artistic tribute to Robin Williams.

Pete Fecteau is a Bay Area artist with a love for Rubik's Cubes. His latest creation is a Williams mosaic called Goofball, which is made up of 600 of the 3D toys.

It took him nine and a half hours with the help of an apprentice to put it all together.

Fecteau says a donation from a fan of his artwork gave him the perfect way to honor the late actor.

Goofball is up for auction on eBay now until 8 a.m. on Tuesday.

To watch video of how the tribute was put together, click here.

All the proceeds will be split between the American Foundation for Suicide Prevention and Saint Jude's Children's Research Hospital.