Romain's burned playground to be replaced 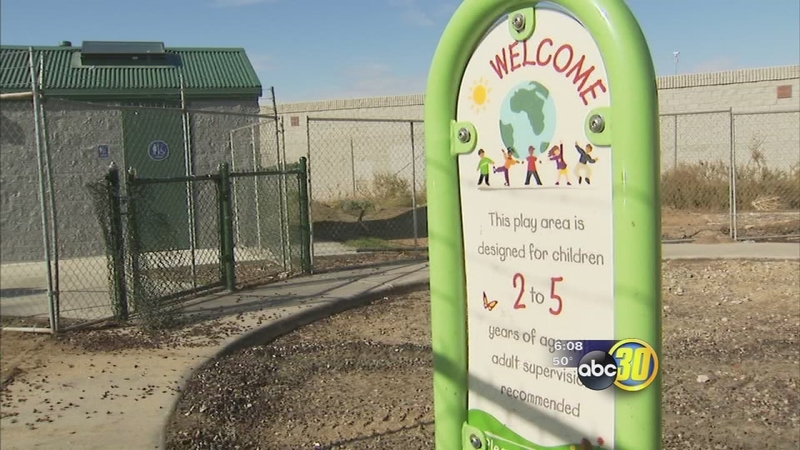 Romain's burned playground to be replaced

FRESNO, Calif. (KFSN) -- A popular central Fresno playground will soon be replaced after the old one was set on fire.

Crews began moving dirt to make way for a new play area at Romain Playground. Nothing could be salvaged from the old one so it needed to be replaced.Neighborhood kids can't wait. City of Fresno parks manager Tony Hernandez said, "Kids are coming back daily always asking questions. You know, when's the new playground coming?"

On September 20th someone set the old playground equipment on fire. As the plastic burned the fire could be seen from all over Fresno. Damage was extensive and no one was ever arrested for the fire. Fresno city councilmember Clint Olivier said, "The destruction and fire right here at this tot lot was a really big deal in our community."

Olivier said the playground replacement was a priority for the city. It will cost $200,000 for new equipment. Olivier added, "A lot of the neighborhoods around here let's face it they could use some help. They're tough neighborhoods. They're not necessarily clean safe areas for kids to play. That's why Romain Playground is all that more important because it provides that."

Many kids from a Head Start program at Romain used the playground as well.
Hernandez said it was, "Very frustrating to see something like that happen. It's senseless. They're only hurting kids in the community who need this type of environment."

It shouldn't take crews too long to get the playground up for the kids. The new play area was expected to be finished by Thanksgiving.
Related topics:
fresnochildrenplaygroundfresnogood newsarson
Copyright © 2021 KFSN-TV. All Rights Reserved.
FRESNO