Evacuation orders are in place for a small number of residents after the rough fire jumped a containment line. The fire is now 103,244 acres and moving west.
KFSN
By Brian Johnson 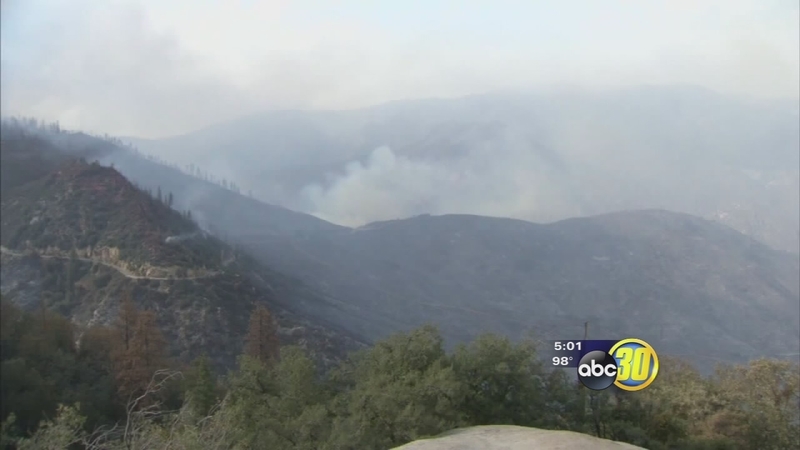 SQUAW VALLEY, Calif. (KFSN) -- Fire officials say there's been a little confusion about these evacuation orders, and they want the public to know the community of Dunlap is not included in the orders.

On Tuesday night the evacuation orders are only affecting about a dozen residences north of the Highway 180 and Millwood Road intersection, all the way up to the Crabtree community to the north. This also does not affect travel along Highway 180 to the Grant Grove area of Kings Canyon National Park.

However, on Tuesday night authorities placed the communities of Dunlap, Pinehurst and Miramonte under evacuation warnings on Tuesday night -- as well as the Grant Grove area of Kings Canyon National Park.

As temperatures in the area of the fire rise to the mid-90s the rest of this week, fire officials say there's no telling how this fire will move, but do know the weather has everything to do with it.

"Today we're specifically dealing with a little bit hotter and a little bit drier weather. Obviously the hot and dry weather is going to affect the fire behavior. With that we have some winds that we're concerned with. The winds will push fire in directions that we may not want it to go," said Paul Garnier, Rough Fire Information Officer.

The hotter temperatures can also affect firefighters and cause fatigue or dehydration, so officials tell me they're preparing for that.

Jay Gillette, who has property off Millwood Road north of Highway 180 was grabbing some necessary items and any flammable materials on Tuesday. He has watched this fire burn for more than a month, and he's thankful his property hasn't been damaged yet.

"But this deal that came from Hume just keeps working its way west and as long as they can keep it away from buildings and structures and everything, it's kind of good to get rid of everything, but it's nerve-wracking," said Jay Gillette, evacuated resident.

Gillette does have another home where he stays.

The Red Cross said the shelter they had set up in Sanger closed at noon today because no-one showed up last night -- but they will re-open it if necessary.

Valley Schools bring kids inside due to bad air

Many said they can see it, smell it, and even taste it.

"We don't have monitors in everyone's backyard so if you walk outside and you can see the smoke or you can smell the smoke you are being impacted by the smoke," said Jaime Holt, San Joaquin Valley Air Pollution Control District.

The Rough Fire has been burning for several weeks up in the foothills and is now sending smoke down to the Valley floor. The unsafe air prompted the San Joaquin Valley Air Pollution Control District to extend a health caution through this week.

And it could get worse. With triple digit temperatures expected tomorrow and throughout the week, the combination might make for an unhealthy few weeks. "The smoke is coming into the valley, it's mixing with the high temperatures that we have and already potentially high ozone levels so we have a double whammy which is really unusual, of both particulate matter and ozone being high this entire week," said Holt.

Air officials said this morning, levels looked good for the City of Clovis -- despite the smokey smell and hazy skies. Students were still outside playing. But by 11 a.m., the readings spiked to unhealthy levels prompting administrators to mandate all recess and outdoor activities be brought indoors.

"As of about 10:45 11 o'clock this morning we told all of our schools lets bring everybody inside, treat it like it's a rainy day schedule," said Kelly Avants, Clovis Unified School District.

Avants says coaches will make a determination in the afternoon if practice should still go on. Fresno Unified officials also brought their children inside because of the bad air.

Kaiser Permanente Physician-in-Chief Smita Rouillard says exerting yourself outside during unhealthy air conditions can be damaging to your health. "It's really reactive airways disease so having triggers in your lungs in your trachea where you feel you can't get enough air, that you cough and just not feeling good when you exert."

Air officials say as long as it's looking and smelly hazy outside these next few weeks, students should be brought inside -- and that could go for after school activities and sports, as well.

The Rough Fire has grown to 103, 244 acres and is currently the largest active fire in California. There are 1,900 personnel currently assigned to the Rough Fire. Containment increased to 31%. Rough Fire Information: (559) 332-2028. The information line is located at the Incident Command Post in Squaw Valley on Highway 180.

Air Quality Today: Heavy concentrations of smoke are expected near the fire today. Smoke will be slow to lift and transport will primarily terrain and diurnally driven. Light and variable transport winds are expected primarily from the southeast, with increased impacts expected in the San Joaquin Valley foothills northwest of the fire. Residual smoke that has not cleared the area, will add to impacts from new smoke being produced. Unhealthy to Hazardous conditions are expected in communities near the fire.

All campgrounds in Kings Canyon National Park are now closed until further notice. - The Kings Canyon Visitor Center will be open with modified hours: 10 a.m.-5 p.m. - The General Grant Tree, Panoramic Point, park trails, John Muir Lodge, Grant Grove Cabins, restaurant, market, and gift shop are open. Ranger programs and hikes have been cancelled due to poor air quality however they may occur if the air quality improves.

Recreation opportunities on the Hume Lake Ranger District have been impacted by the Rough Fire. Stony Creek Village Resort will be open for day use through the Labor Day weekend. Montecito Lake Resort is closed.

Tuesday evening, the Fresno County Sheriff's Office began the process of issuing evacuation warning notices due to the rapid spread of the Rough Fire. These warnings are directed at people living in the communities of Pinehurst, Miramonte and Dunlap. The warnings also encompass an area north of Highway 180 that stretches from Hopewell Road to the west, to the Armenian Church Camp Western and Happy Gap / Sequoia Lake to the east. All residents should now be preparing to leave at a moment's notice. 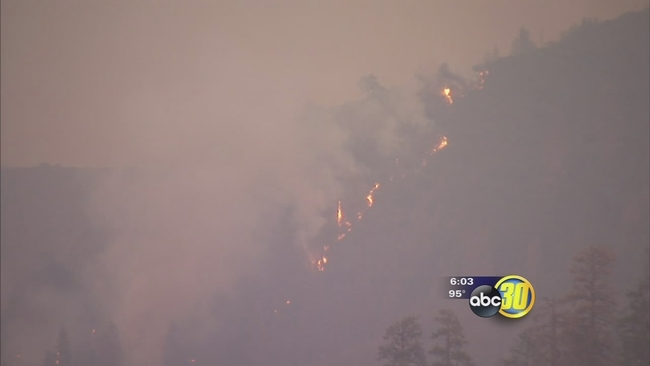 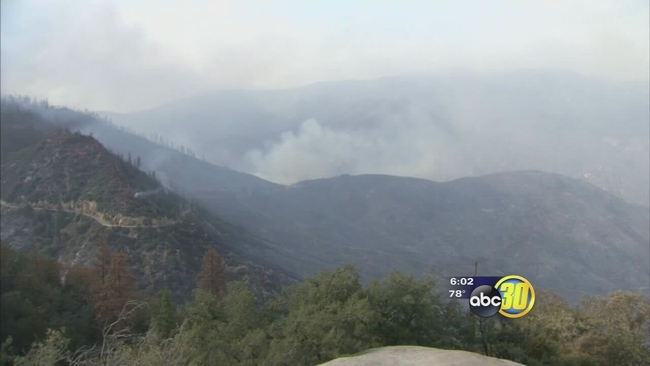 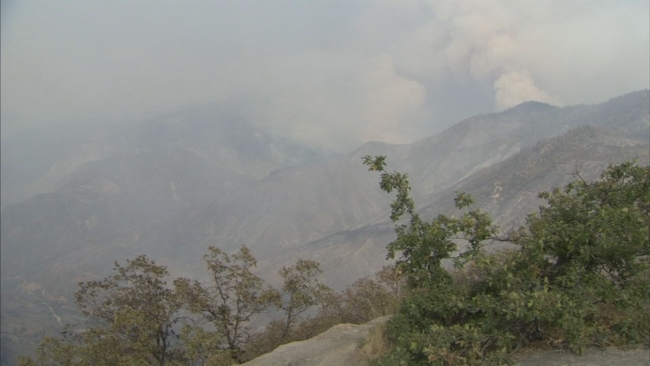 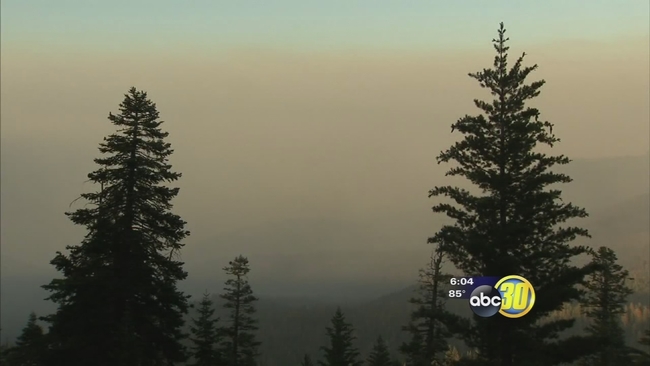