"When I touched the rock, it had in turn touched my spirit, awakening an ineffable longing, as if I had stirred a hidden memory of a previous existence, a happier one. While I was climbing, it was glorious to be alive." - Royal Robbins
KFSN
By Benjamin Kirk 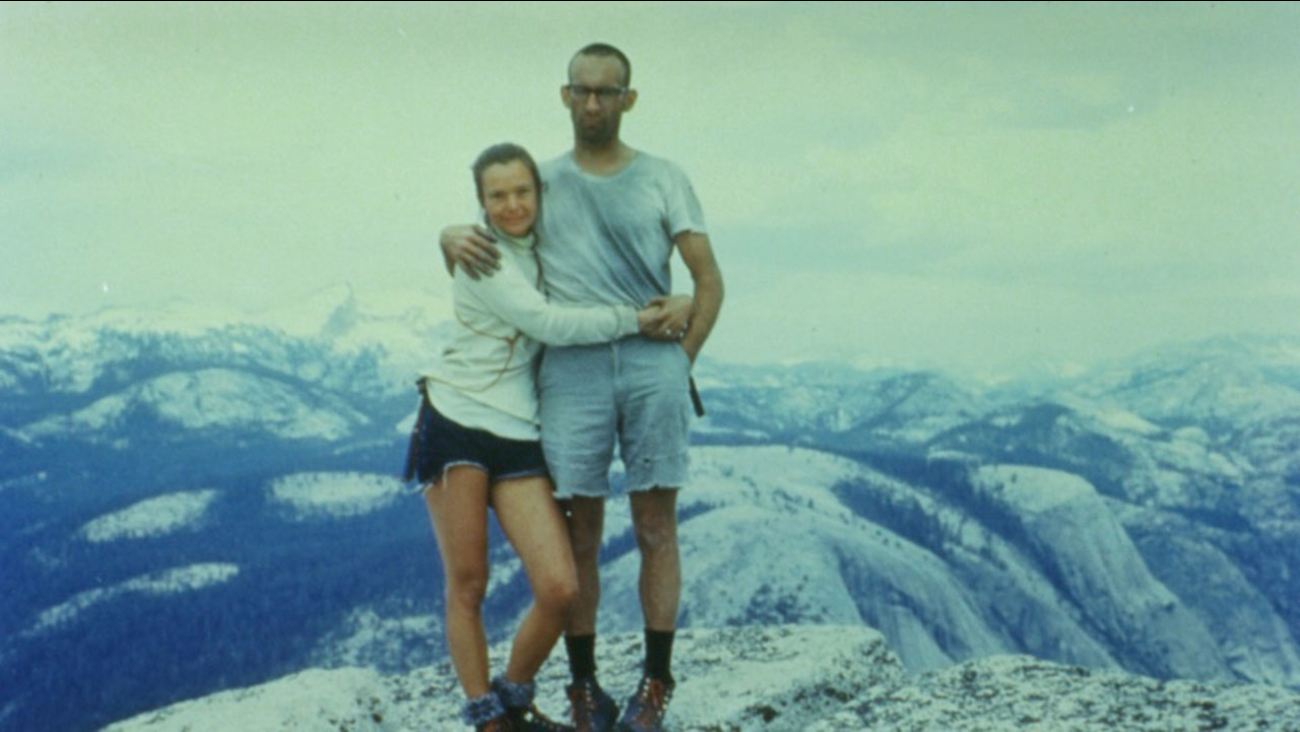 June 1967 at top of Half Dome after Liz became the world's first woman to climb it. Her climb happened on the 10th anniversary of Royal Robbins' first ascent of the wall. (Unknown Tourist, Royal Robbins)

FRESNO, California (KFSN) -- Royal Robbins, a pioneer of American rock climbing who passionately advocated low-impact climbing technique, died Tuesday at his home in Modesto, California. He was 82. He is survived by his wife and fellow life adventurer, Liz Robbins, his son, Damon, and daughter, Tamara.

Robbins was featured in the 2014 documentary "Valley Uprising," which chronicled the history of rock climbing in Yosemite Valley.

According to a spokesperson with the clothing company, in 1967 Royal and Liz made the first ascent of "Nutcracker" in the Yosemite Valley using only removable gear for protection. It was the first climb of its kind in the United States. Afterward, Royal published an article in Summit magazine where he advocated using removable protection rather than pitons that damaged the granite rock. Royal's advocacy of clean climbing influenced generations of climbers since.

At the time, Royal's instruction manuals "Rockcraft" and "Advanced Rockcraft" provided climbers with the only manual available to learn climbing ethics that respected the rock. He also authored a three-part autobiographical series, "My Life: Royal Robbins", details his journey from rebellious youth in Los Angeles to Yosemite's Camp 4. His writing was known for its emotional spirituality.

He met his future wife, Liz, at Camp 4 when she worked as a concierge at the famous Ahwahnee Hotel. They married in 1963. Four years later, he and Liz climbed Half Dome on the 10th anniversary of his first ascent, making her the first woman to climb the famous formation and the first in the world to climb an aid route of that difficulty.

"Royal's leadership style was unique and uncannily effective. On my very first climb, he tied in, started climbing, and left me with a harness and the end of a rope. As with all outdoor and business pursuits, he led by bold examples," said Michael Millenacker, CEO of Royal Robbins.

A Remembrance by Michael Millenacker, CEO of Royal Robbins:
"Royal was a legendary pioneer who approached everything in life with a true spirit of adventure. He gave me my first break in the outdoor industry and set me on the path to meld a passion for the outdoors with a career. He taught me to work with purpose-that the harder we worked, the more we could give back.

His leadership style was unique and uncannily effective. On my very first climb, he tied in, started climbing, and left me with a harness and the end of a rope. As with all outdoor and business pursuits, he led by bold examples.

He also knew how to harness the power of perseverance and courage to influence so many lives - including mine. With tremendous class and a huge heart, he taught me so many the valuable lessons about conviction and grit. Every time I saw him walk into a room, you could feel a shift, as if everyone knew they were in the presence of greatness. Many like me, will always be inspired and guided by his leadership."