San Bernardino shooters may not have acted alone 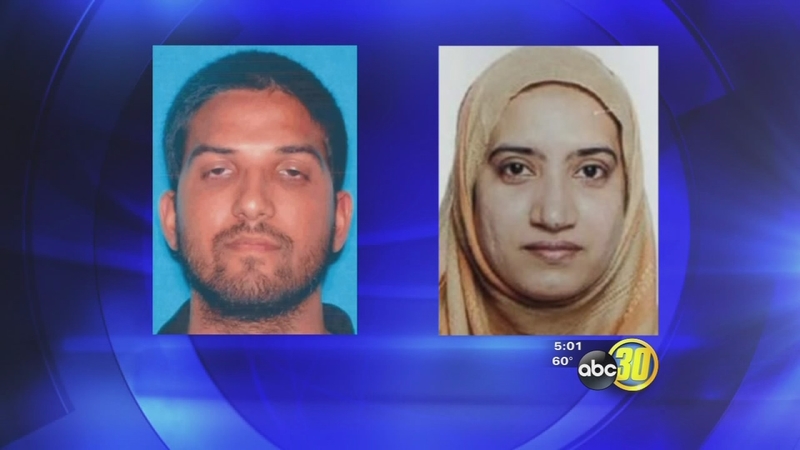 San Bernardino shooters may not have acted alone

SAN BERNARDINO, Calif. (KFSN) -- America's worst fears confirmed. "As of today, based on the information and the facts as we know them, we are now investigating these horrific acts as an act of terrorism," said FBI assistant director David Bowdich.

The massacre in San Bernardino is officially a terrorist act, and the shooters may not have acted alone.

Clarity is coming slowly from the scene of the worst attack on American soil since 2012.

Unlike Newtown three years ago, the rampage killing 14 in San Bernardino was, at the very least, inspired by foreign terrorists. Facebook executives confirm Tashfeen Malik, the female suspect, pledged her allegiance to an ISIS leader just as she and her husband launched their attack.

The FBI said Syed Farook legally bought two handguns, but someone else bought rifles the shooters used. We wanted to know who. "Do you know who bought the rifles?" an Action News reporter asked Bowdich. "There is a person that we know of their location who purchased those weapons," he said.

Bowdich says the person is not under arrest, but wouldn't comment on whether they have the buyer in custody.

The Inland Regional Center is still an active crime scene two days in, but now we're getting a closer look at the facility. We're also getting a much closer look inside the home of the suspects. After the FBI cleared the scene, the owner let cameras inside to see what's left. Scattered around the two-bedroom condo were diapers, uneaten food, broken glass and a list of seized items.

As investigators try to determine the killers' motives and whether they had help, they're looking closely at any digital fingerprints and destroyed cell phones taken from the trash may be key clues. "We have retained those cellphones and we do continue to exploit the data from those cellphones," Bowdich said.

Even with the newly confirmed terrorist connection, and the possibility Farook and Malik did not act alone, local police want this community to return to normal while staying alert. "We don't have any credible information to indicate that there is a threat to this region right now," said San Bernardino police chief Jarrod Burguan.