Was it a photobomb? Miss Lebanon denies taking selfie with Miss Israel 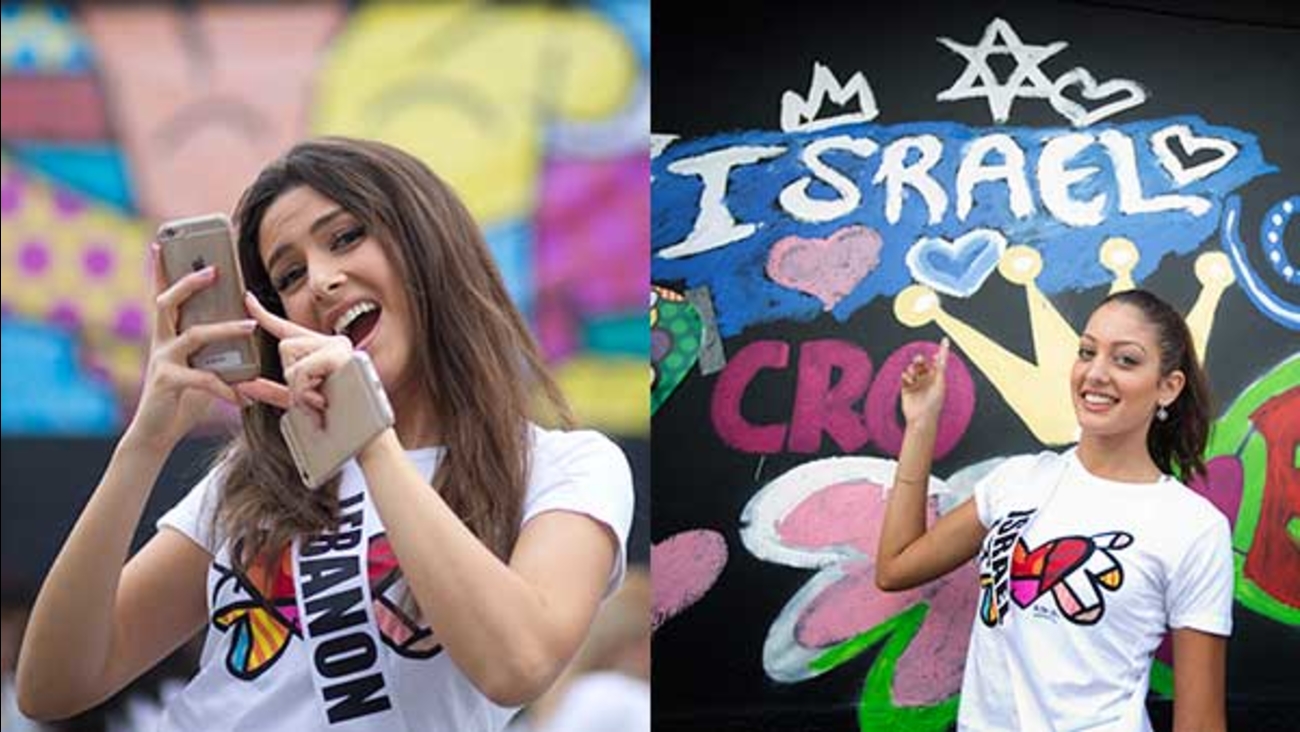 Miss Lebanon, left, claims that she did not want to be in a photo that Miss Israel, right, posted of the two of them on Instagram. (AP)

Though the Miss Universe contestants often tout that "world peace" is their top wish for the world, a photo on Instagram has become the source of hostility between contestants of warring countries.

Miss Lebanon, Saly Greige, is under fire for claiming that she did not agree to be in a photo that Miss Israel, Doron Matalon, posted online.


Tap to view if you're on the news app.

The two countries have a history of hostility and are still technically at war. A 2006 war between Israel and Lebanon's Hezbollah killed more than 1,300 people, most of them civilians in Lebanon.

In the photo, Miss Lebanon and Miss Israel appear to be posing with Miss Japan and Miss Slovenia.

After the photo gained attention online, Miss Lebanon released a statement distancing herself from the photo and saying that she only intended to be in a photo with Miss Japan and Miss Slovenia. She claims Miss Israel surprised her by joining the group and snapping a quick photo. 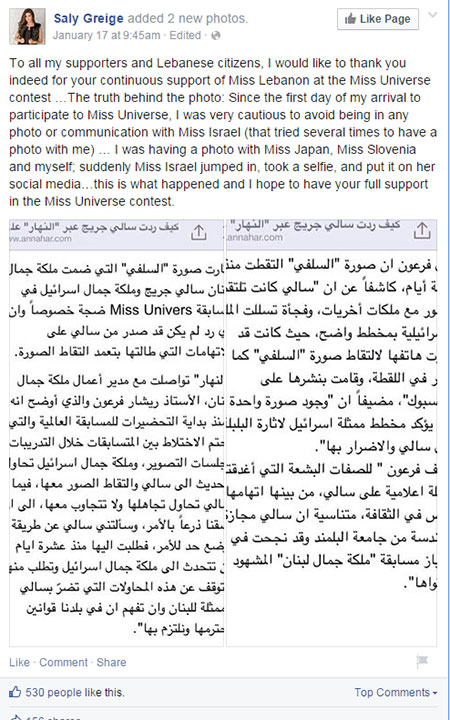 The most popular comment under Miss Lebanon's statement on Facebook is supportive of Miss Lebanon but not of her statement: "It was just a photo!" the comment reads. "Why did they get politics involve? (sic)"

Miss Israel responded to Miss Lebanon's claim, saying that she was unnecessarily perpetuating feelings of ill will.

"Too bad you can not put the hostility out of the game," the response read. "It doesn't surprise me, but it still makes me sad." 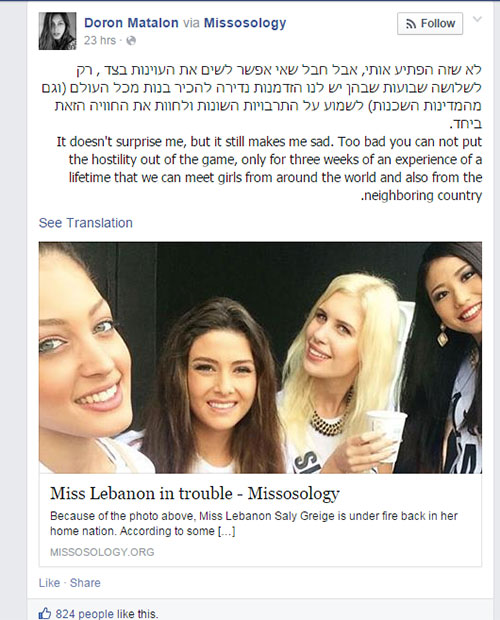